Punjab Revenue Authority has finally issued the notification for withdrawal of internet taxes, that it had announced back in June 2015. After promises, commitments, and several months of delay, an official notification was issued, we have checked with mobile phone companies.

With this notification, 19.5% sales tax on mobile and wireless internet, fixed line internet and other forms of internet is withdrawn.

From the notification, it appears, that reversal of tax is applicable from current date and not since it was imposed on May 28th, 2015. However, we are still in process of getting this confirmed from relevant authorities and will update this story with further information.

With this development now KPK and Sindh are only two provinces that deduct 19.5% and 18.5% tax on internet respectively.

For your viewing, here’s the official notification from PTA for reversal of internet taxes: 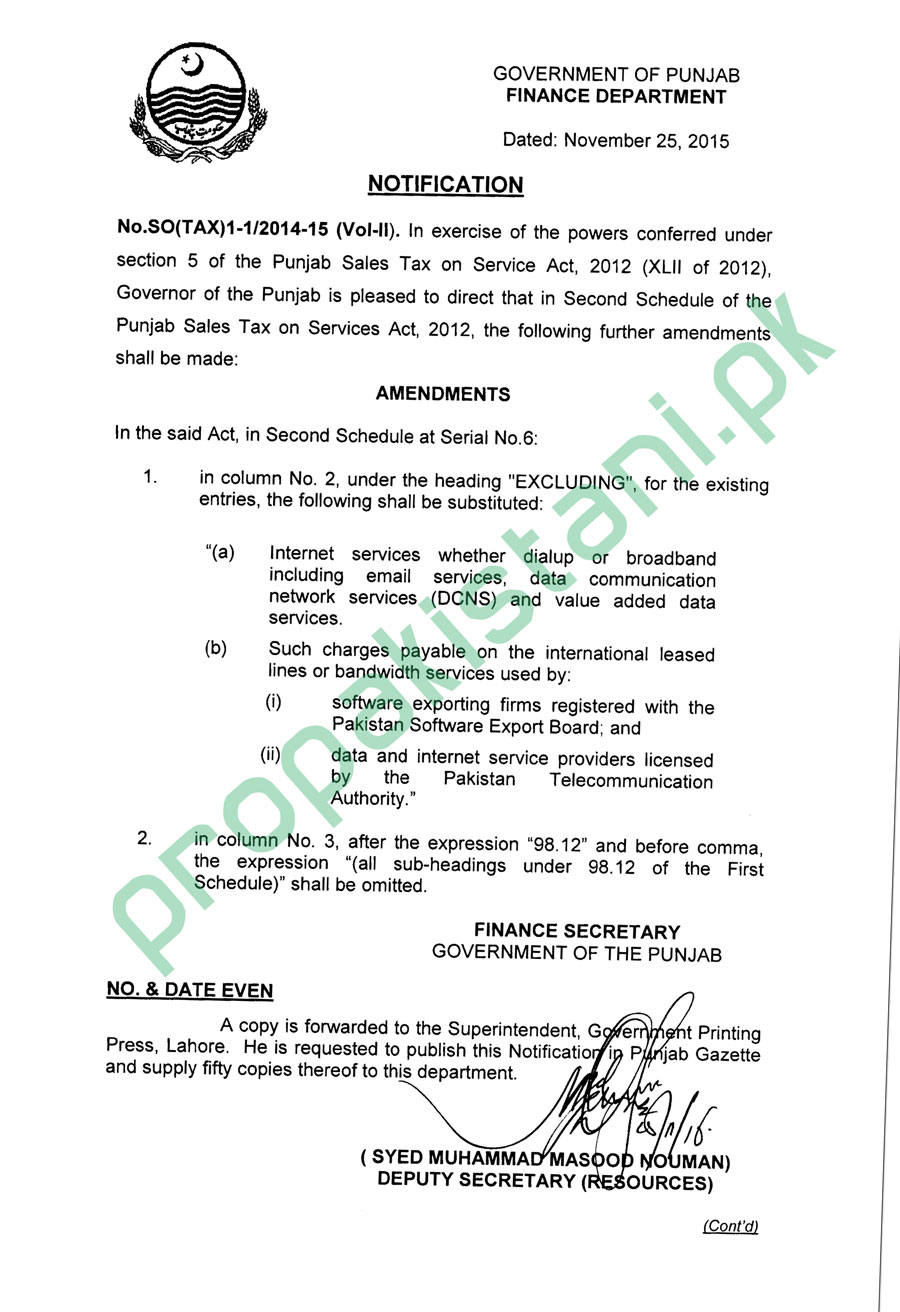