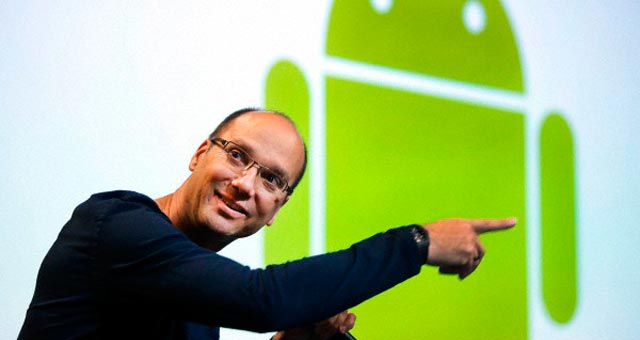 Andy Rubin was the co-founder of Android way before it became a part of the Google portfolio. He is widely known as the father of Android due to his involvement with the OS since its creation to it becoming the world’s most popular OS. We got word in 2014 that he was leaving Google, after leaving the Android Group in 2013, prior to his Google exit announcement.

It seems that Andy wants to return to the world of Smartphones again. With a new smartphone company.

A Brief History of Andy Rubin, Android and Google

Rubin stayed to be a part of Google when Google bought the Android operating system in 2005. He left the Android division in 2013 and headed over to the Google’s robotics tech but left the search giant completely last year when Sundar Pichai was named as head of Google’s day to day operations. Rubin launched his own hardware investment incubator, Playground, this year and is now planning to return to making Android smartphones instead of just making the software.

What’s next for Rubin?

The person responsible for co-creating the world’s most popular smartphone operating system is now recruiting people for his new venture. It has been reported that it is still unclear whether Rubin will take on a leadership role at the new smartphone company or is just looking to fund it.

The new phone company may be financed through the Playground Fund. Playground has raised $300 million since its inception. Rubin has been actively participating in the venture capital community ever since he became a partner at Redpoint Ventures back in April. He has also contributed towards the development of artificial intelligence and smart home projects but still thinks there is room for a new smartphone manufacturer.

Does The Android Market Need A New Player?

The Android market has seen a number of new entrants into the mid-range segment and several others trying to take on the giants with their cost-effective solutions. OnePlus (former employees of Oppo) and Obi (former CEO of Apple and Pepsi) are just some of the recent entrants. It would be interesting to see what Rubin has in mind for his new smartphone company.

Rubin’s return to the Android world would make this another surprise move from him. If Rubin uses his incubator’s investments in the industry in conjunction with his new smartphone company, we might be seeing a new direction in the smartphone world with better internet of things integration and maybe even robotics tech woven into the modern smartphone.