MD PSEB mentioned that based on State Bank’s figures, IT is the fastest growing exports sector of Pakistan at present and that Pakistan has a lot of IT talent and potential. It just needs to be marketed globally and that is what PSEB has been trying to do through its different marketing initiatives to attract more outsourcing and investment in IT sector. Also, Punjab government should consider RCCI’s request for a new IT park in Pindi similar to the IT park which PSEB is planning in Islamabad. 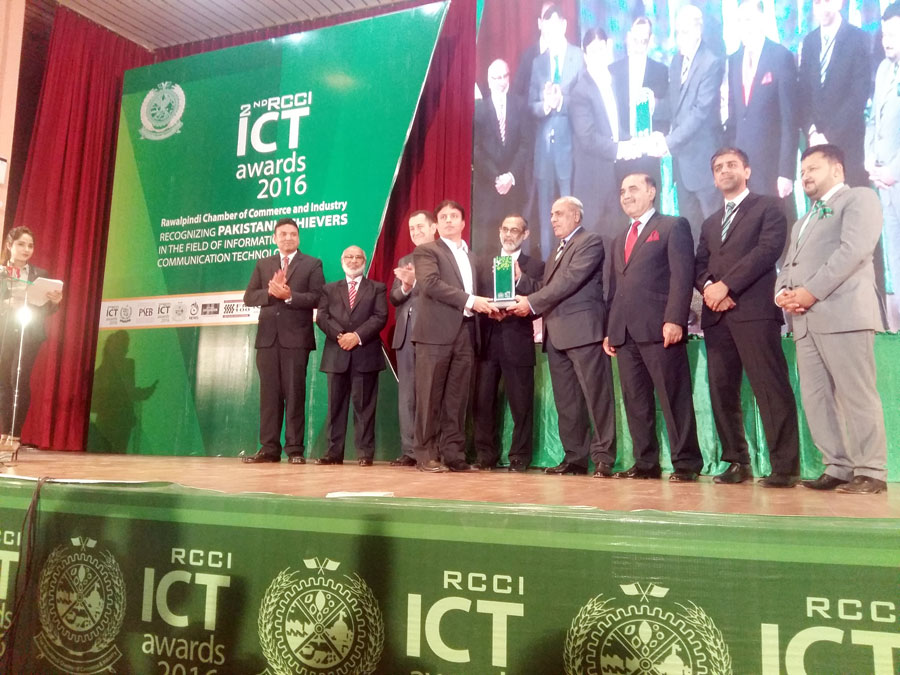 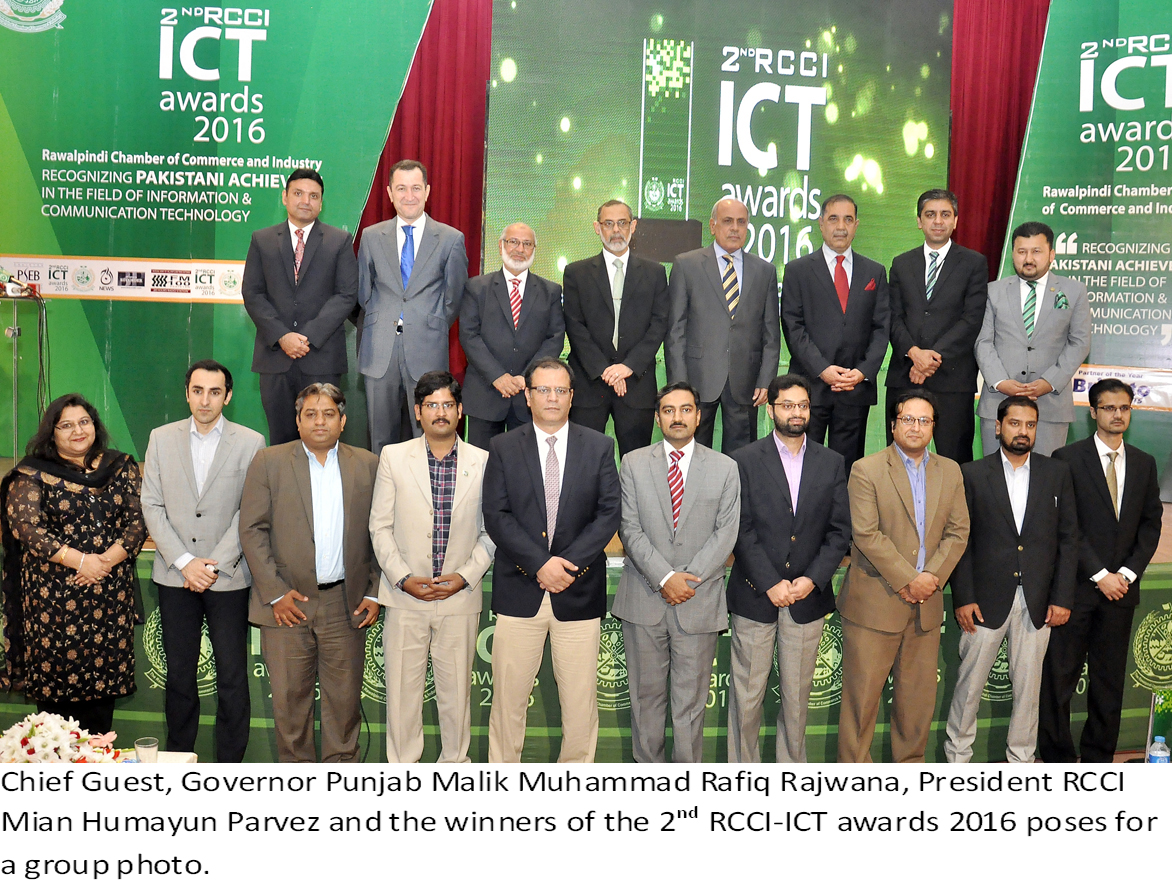 Addressing the ceremony, the governor lauded the efforts of RCCI for organizing the event and promoting the IT sector. He said that we understand the challenges in this sector; however, we can meet this challenge easily as we have a best potential and talent in our youth. Pakistan is little new to this industry yet achieved a lot in short span of time. In last five years, this sector has shown a growth of above 40 percent. “We are not for behind any other country or location”, he added.

He urged private sector especially who are linked with IT sector to fulfill the corporate social responsibility CSR. He appreciated the RCCI suggestion for establishing an IT Park in Rawalpindi. He assured his full support for the land acquisition for this project.

He said that the government has done a great job in restoring peace and stability in the country. Terrorism has been reduced remarkably and China Pakistan economic corridor will lift this country and will prove as a game changer. He said political differences are the essence of democracy. However, political parties must not go for political mileage at the cost of national interest.

In his address President RCCI Mian Humayun Parvez said that the Rawalpindi Chamber is the only Chamber of the country arranging such awards. RCCI had organized its first Information and Communication Technology Awards in 2015 which was also for the first time in the region.

This initiative was taken to promote a healthy competition among organizations from IT sector.
This year we organized the 2nd RCCI ICT Awards with the same fervor. The Awards aim at giving merit based recognition to those in the IT sector who have showed up to the mark performance in the year, he added. This creates an atmosphere of healthy competition among the IT giants and the startups.

Mian Humayun said that ICT industry is having market share of approximately $3 billion in Pakistan but no step is being taken from the government side to promote the said industry. He said that twin cities have 40 percent share of the total business of ICT in the country as many multinational companies have established their offices there. “RCCI ICT AWARDS aims at honoring Pakistani companies at the cutting edge of technology innovation as well as leading professionals across ICT industry of Pakistan”, he added.

Chairman ICT Committee, Raja Omer Iqbal said that Rawalpindi and Islamabad is the hub of ICT industry and that’s why RCCI took this initiative to promote the industry. He said that this time we received more nominees and this reflects that the industry is growing and more companies want to participate in this event. There was a tough competition due to complex evaluation process.

He appreciated the role of jury panelists for making this in an easy and smooth way. IT incubation centers and startups are being set up in the country wide. However, due to lack of infrastructure, and other facilities, complex legal process for company registration and taxation issues, the IT sector is facing big challenges.

Starts up stalls of different companies were also set up in collaboration with Brighto paints to promote the IT industry. In the end chief guest visited different stalls and trophies were awarded to the winners.