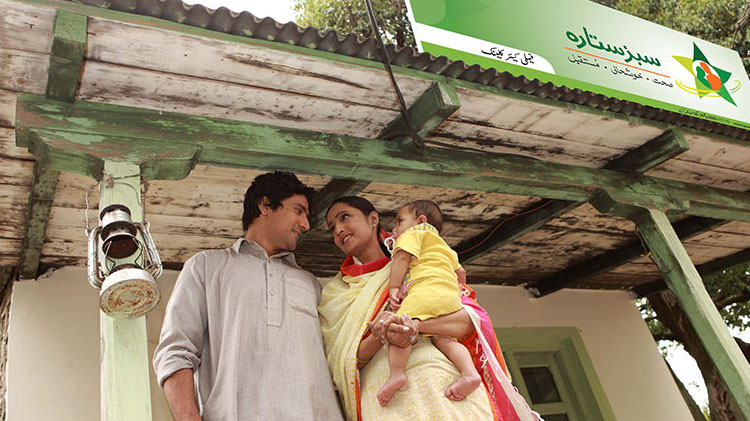 PEMRA has reconsidered its earlier directive in which all contraceptive ads were banned on TV channels and FM radio, and has now said that TV and Radio channels can air Family planning ads after 11PM.

PEMRA said that such (family planning) ads should not be aired during prime time, i.e. when kids or underage viewers are usually watching TVs or listening to radio channels.

PEMRA said that it considers primetime as “children(’s) viewing time”, and said that special care should be taken with regards to the use of language and visuals to ensure that they conform to local cultural values.

It maybe recalled that just PEMRA had banned all sorts of family planning ads for airing on TVs. PEMRA had then said that decision was taken in view of complaints received from public especially the parents.

Decision of banning contraceptive ads, however, back fired as social media rejected the call and forced PEMRA to re-consider its decision.

“Pemra acknowledges that its recent decision to put a blanket ban on the advertisements of contraceptives has raised social, medical and population control concerns by civil society and many others,” the revised notice said. 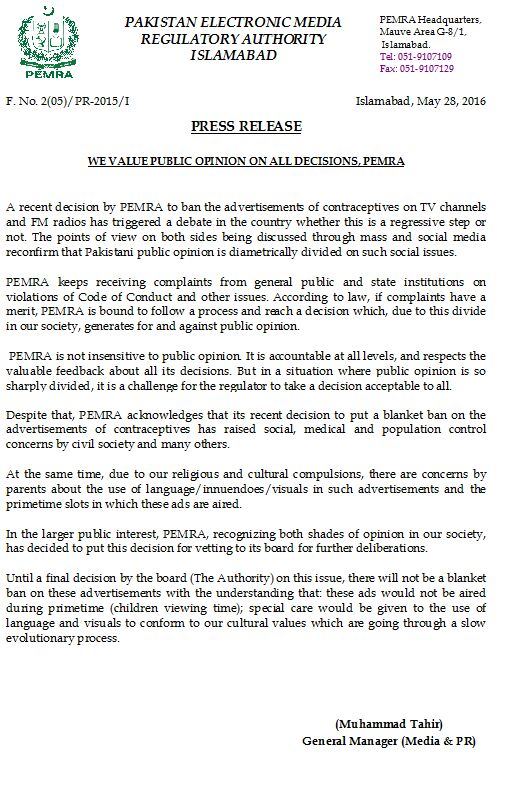