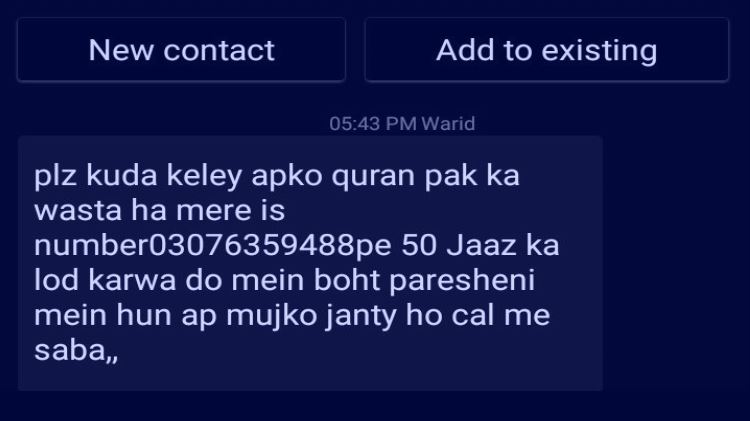 So the unthinkable has finally happened.

“Hospital Wali Saba” or the spam queen of SMSes as many of you like to call her, has finally been brought to justice.

Hospital Wali Saba has been Arrested

Saba has long been an unknown person. She has, for the longest time, sent messages to almost every mobile phone user in Pakistan, asking for mobile credit from everyone.

She played on the guilt of people by narrating a story about how she was at the ‘hospital’ and in dire need of help.

Her victims included just about every one in Pakistan. It didn’t matter if you were rich or poor, dark-skinned or light-skinned, Pakistani or not-Pakistani. If you had a local Pakistani SIM, you could not escape Saba’s innocent-sounding SMS calling for help.

How She was Arrested

A television crew finally tracked her down, and after verifying her identity, has handed her (and her accomplices) over to the local police.

You can watch how the crew tracked her down here:

Not to be mentioned, this is just the first Saba that’s arrested. It is feared that many more are still at large.

After the arrest of Saba, will others stand up to take her place?

Victims of Saba will be wondering now that with Saba gone, who will take care of her sister Mobile credit wali Asma? Were Saba and Asma the one and the same? Will other copycats follow?

One thing is for sure. The Hospital Wali Saba is an urban legend no more.