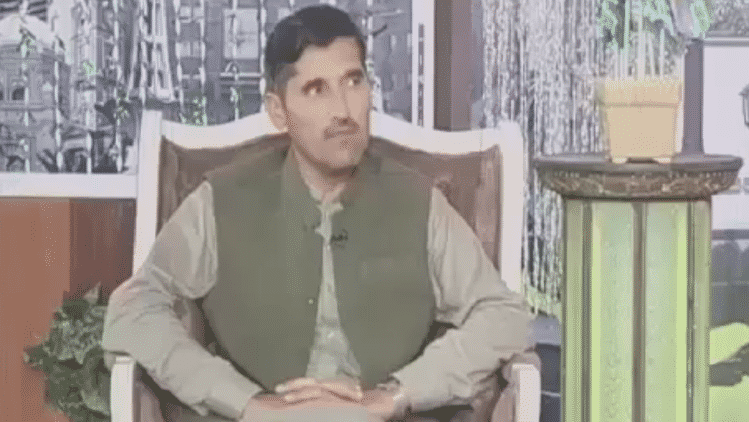 God helps those who help themselves.

Meet Tahir Khan Malik, a police constable in Peshawar, who has demonstrated how hard work has paid off for him, despite the many harsh circumstances he faced in life.

His claim to fame? He completed his PhD while working as a constable in Peshawar Police. And that too while barely making ends meet.

Tahir Khan and his Pursuit of Knowledge

Knowledge is power. Yet, most of us never make the effort to follow the path of acquiring knowledge. Despite facing financial difficulties, Tahir worked day and night to achieve a PhD in Biotechnology.

His journey to the getting the biggest educational achievement was filled with hardships. However, his attitude was one of only determination and desire.

Tahir Khan faced poverty, but it never came in the way of his determination to keep learning and improving. He joined the police force as a constable, a job that seems far inferior to the one in tune of his educational qualifications.

When talking to the media, Tahir said that he has never even bought a pair of shoes or shopped for anything since he started his job. It took him ten difficult years to finally get his degree.

Following his example, those who said that the Peshawar Police is filled with under-qualified and illiterate people, might want to change their observation.

While talking about his family, Tahir says his father was really proud of the determination and success shown by him. However, he broke into tears while saying his father passed away before he could see him achieve his dream.

The young policeman says that it was due to his father’s prayers that he has achieved such success in his life.

Tahir isn’t ashamed that he’s at a post which is well below his qualification level. You only require matriculation to be a police constable. However, this has never put him off since he loves to give it his best and always feels proud no matter what his financial status is like.

It took him 10 years to complete his PhD

As far as the police is concerned, qualified and educated officers would go a long way in changing the current culture of police high-handedness we witness every now and then. Formal research proves this hypothesis that by having more education, there is a reduced likelihood of a police office using force over reasoning. Not to mention it can improve management and problem solving skills in our policemen.

Dr. Tahir’s story certainly proves that adage true. God really does help those who help themselves. With a PhD in hand, he now has the knowledge, foresight and opportunity to pursue his dreams. His PhD in biotechnology can open doors that were closed for him. He can make a good living for himself and his family.

That after all, is the promise that he was fighting to realize all his life.