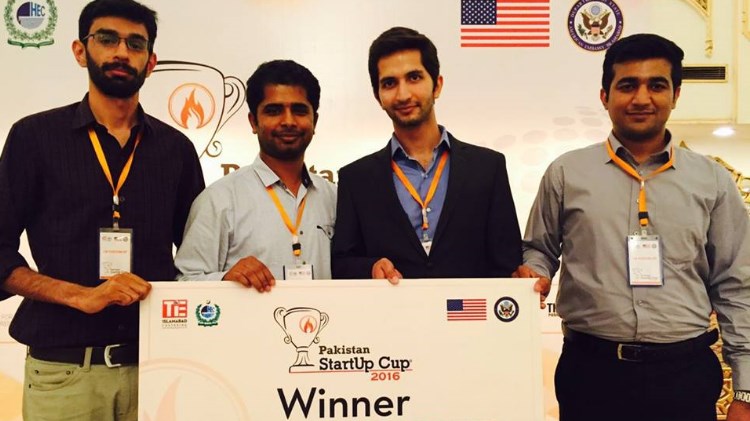 Pakistani startup and the inventor of a smart collar device for cows, Cowlar, has won $10,000 in the Pakistan Startup Cup 2016 competition.

Pakistan Startup Cup is a competition for local startups in Pakistan and was held for the first time last year. Following its success, it was arranged again this year by The Indus Entrepreneurs (TiE) Islamabad for entrepreneurs to compete with one another.

Cowlar has managed to win the competition and won one million Pakistani rupees in prize money.

“We will be spending the Million Rupees won to create a model Cowlar village near Islamabad,” said Umer Adnan, CEO of Cowlar.

Cowlar is one of the strangest, yet interesting, startups to come out of Pakistan. Their main focus is on a smart collar for cows, also called Cowlar. It is a waterproof, durable smart collar that transmits data to a solar powered base within a 4 km range.

It is then further transmitted to the cloud via cell tower and is used for tracking temperature, measuring unusual signs and symptoms, detecting and notifying of heat cycles, etc.

We covered the startup back in March and soon after, Cowlar rose to international fame and was even featured by Fortune. Called the “Fitbit for Cows”, it was hailed as an incredible new approach for farmers to take care of their cows.