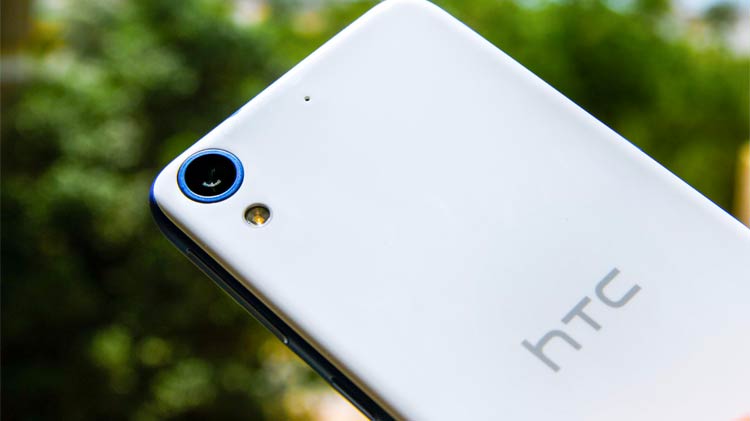 HTC is a pioneer in the android smartphone world, but the company has been getting tough competition from the Chinese markets and a plethora of devices from Samsung. Targeting a comeback in the market, HTC is now focused on bringing powerful devices to the midrange segment.

The company announced HTC Desire 628 in May and recently launched it in Pakistan. Desire 628 doesn’t come in the usual phablets size, instead, with this device, HTC is targeting users who want a normal sized phone with some adequate power and features, while keeping the price to a minimum.

Let’s take a brief first look at what HTC’s latest midranger has up its sleeve to compete against its Chinese and Pakistani competition.

Unlike other Smartphones out there, the Desire 628 gets a pretty big box wrapped in a transparent plastic film. Remove the film and you get access to three cards and booklets bundled in with the phone’s box. You get a HTC Damage Protection Warranty, a booklet explaining warranty terms and conditions and a Zong Free 6GB internet voucher (1GB each month for six months)

Open the box and you are greeted with more goodies. HTC has bundled a free tempered glass screen protector and a Rs. 500 FoodPanda Voucher.

The rest is pretty standard affair, you get a user manual, pair of HTC earphones, a charging cable and a relatively fast 1.5A charger.

As far as the looks are concerned, Desire 628 has midrange written all over it. It comes in a plastic build with a sandwich-like design. The blue accent around the phone does look good and the other colours are bound to give a similar impression.

The glossy plastic is a fingerprint magnet, though it won’t be much of an issue if you go for the lighter coloured variant. Despite the size of the phone, it does feel good to hold, partly because of the heft (142 grams) and the use of a sturdy plastic.

Since the back isn’t removable don’t expect to change the battery when you run out of juice.

The right side of the phone features the power button and the volume rocker, placed at adequate height. However, the slight difference in the build of the buttons doesn’t look all that good and we would have preferred similar buttons.

The front of the phone boasts a nice and clean design, featuring a duo of Boomsound speakers, a 5MP selfie camera and a proximity sensor. The rest is covered by the 5-inch 720p IPS display, aplenty for the size of the phone.

The left of the phone comes with a flap which holds two nano-SIM cards and a microSD card (up to 2TB). At the bottom, you get the micro USB for charging and data transfer, and at the top there is a 3.5mm jack for your headphones.

It may not look like it, but the Desire 628 is a pretty powerful device. It comes with a 64-bit octa-core MediaTek MT6753 processor clocked at 1.3GHz coupled with a big 3GB RAM.

While it is a midrange device, we really appreciate HTC offering 32GB of built-in storage, not commonly seen in this price range. It’s more than enough for most users and wont limit you.

There’s microSD card support too if you want to some more space for your videos and photos.

The back is pretty bare. There’s a 13MP camera with an LED flash and an HTC logo and that’s it. The camera features f/2.2 aperture which should help in getting some good low-light pictures. The 5MP front camera and the 13MP rear one, are both capable of recording 1080p videos.

The phone is powered by a relatively small 2,200 mAh battery. While the size is small, we’ll have to test out the device to know how long it can last.

The addition of the 1.5A charger is welcome, since it can top up your phone to max in about 90 minutes.

From the initial looks of the device, the hardware on offer, and the number of freebies on board, coupled with HTC’s free damage protection warranty, we are all in for the device.

We are a bit sceptical about its battery though.

Given the price of the device, we’d say HTC Desire 628 seems like a solid device with plenty to offer. Competitive devices from Samsung, Huawei, Oppo and Qmobile will have a tough time against this one.

Be on the lookout for a detailed review of Desire 628 In the coming few days. We are working on bringing you a more detailed look into the device’s performance. Meanwhile, take a look at the device’s specifications below.