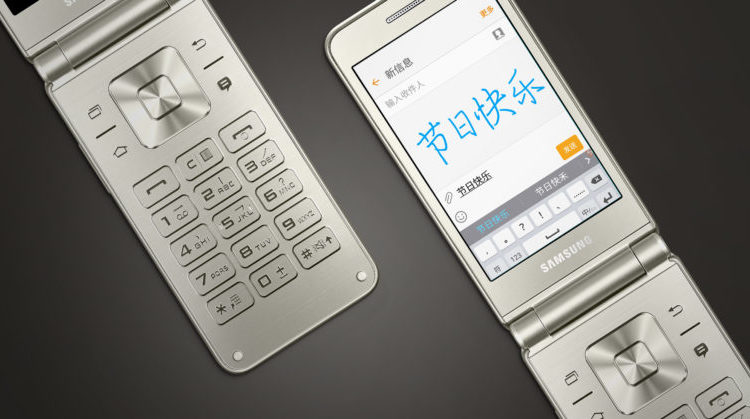 Remember that time when flip phones were all the rage? Good times right?

It seems that even Samsung wants to bring back flip phones. It has taken an initiative to revive the old trends while keeping up with the latest technology.

The Samsung Galaxy Folder 2 is its most recent flip phone that wants to bring that old trend back into vogue. It is now officially listed on the company’s website in China.

About the Samsung Galaxy Folder 2

As the name would suggest, it is a flip phone, which runs Android 6.0 Marshmallow out of the box. This model is a successor to the Samsung Galaxy Folder released last year. The company already has a flagship grade flip phone, a G9198 flip phone in its lineup, and the new phone doesn’t compete with that. The company released it last year in September.

The design of Galaxy Folder 2 is similar to its predecessor with small but noticeable changes. The keyboard has been improved to last longer. New metallic silver color option has also been added. The Folder 2 packs a solid sports metal body and a physical keyboard.

As for the specifications of the latest addition to the Samsung family, the Folder 2 packs a 3.8-inch WVGA screen with an IPS panel. It is powered by a 1.4GHz quad-core Snapdragon 425 SoC paired with 2GB of RAM. The smartphone offers 16GB of storage expandable via microSD card (up to 128GB). There’s also a 1,950mAh battery, capable of 318 hours of standby time, and dual SIM slots inside the Folder 2.

The price and its official release date in the international market are still unknown.