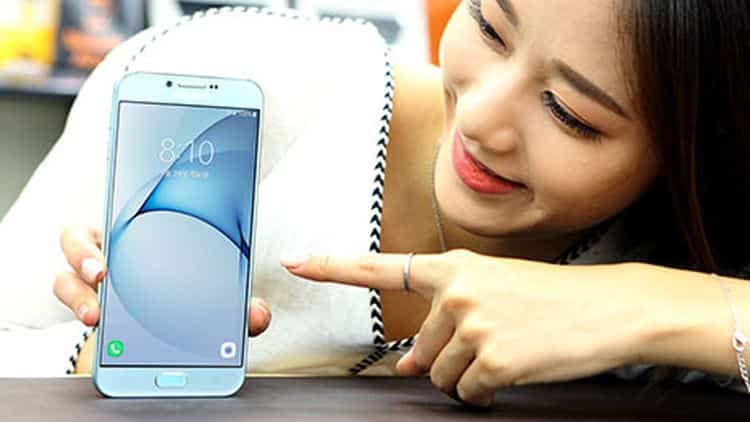 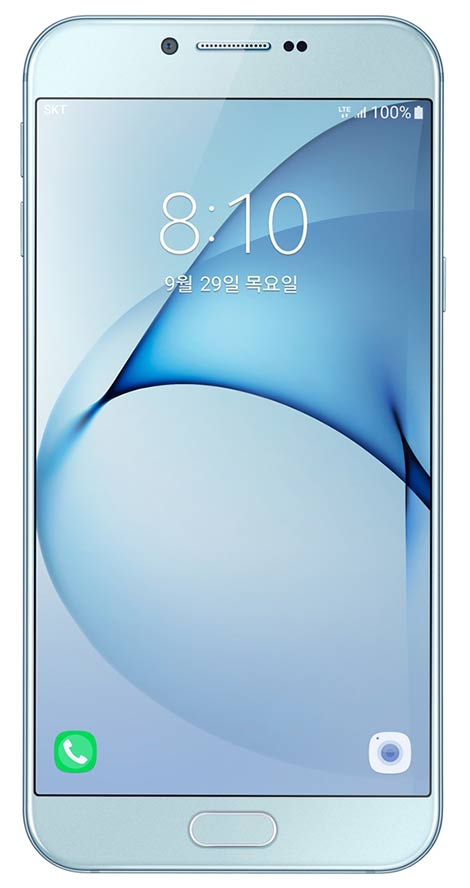 On the outside, the design language is still quite similar to the defacto Samsung design. It features a full metal body with rounded corners and the signature center home button at the bottom of the screen. Fingerprint scanners are becoming the norm now, and keeping up with the times, the Galaxy A8 (2016) comes with fingerprint sensor embedded in the home button on the front.

The screen size and resolution is similar to last year’s Galaxy A8; a 5.7″ Super AMOLED display with 1080p (1920 x 1080) resolution. It runs the next generation of the famous (or infamous) TouchWiz UI called Grace UX. Galaxy Note 7 features the same Grace UX by the way. Its still running on Android 6.0 Marshmallow though.

On the inside the Galaxy A8 (2016) has the same processor and chipset used in last year’s Galaxy S6 family. A Samsung made Exynos 7420 powers this phone with 3 Gigabytes of RAM. This should provide plenty of juice to keep your stuff running smoothly.

The exact sensors used for the cameras on this year’s Galaxy A8 are still unknown. SK Telecom mentions that the back camera is a 16MP sensor with an LED flash, the exact type wasn’t mentioned. The front is greeted by an 8MP camera.

The battery has also received an upgrade over last year’s model. The battery capacity stands at 3,300 mAh up from 3,050 mAh in last year’s model, which should give you the same battery time if you turn on the new Always-On Mode. Surprisingly it does not have a USB type-C port and uses a regular microUSB slot instead.

We currently don’t a release date for Pakistan yet as Samsung hasn’t detailed if when the phone is getting an international release. However, Samsung has priced the phone and it costs $580 so expect the local price to be around Rs. 60,000. We will keep you posted with any updates regarding the new Galaxy A8.