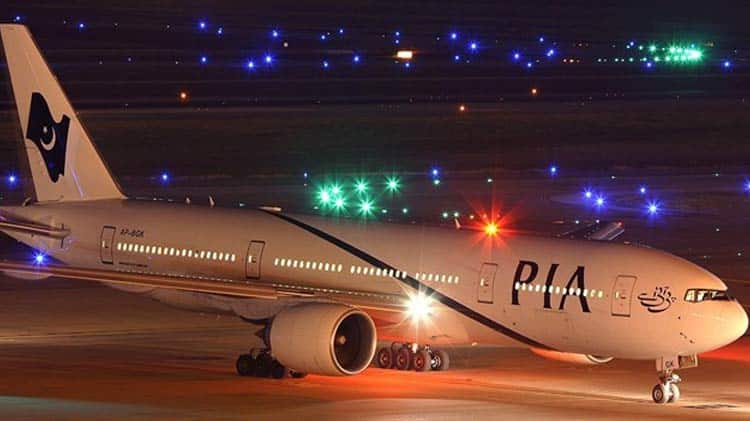 During this, to fill some slots with more capable work force, new recruitments — especially for pilots, flight attendants and cabin crew — are also expected.

Danyal Gillani, spokesperson for PIA, in a tweet, confirmed the news by saying “Rightsizing is desperately needed in PIA”.

PIA spokesperson said that administration is in process of reviewing the number of employees required for the fleet, however, nothing has been decided so far.

He further said that PIA is ideally going to appoint the most well suited personnel for certain functions and position, for which, it may recruit new staff while letting go the old employees.

Not to be mentioned, PIA doesn’t outsource any of the operations and employs in-house solution for everything including kitchen to baggage handling. While many airlines in the world outsource such operations, it is only now that PIA is considering such options to become a more viable business.

For reference, below is the HR trend for Pakistan International Airlines:

To give more insight on how PIA employees are ranked, check below table:

While it may not make sense for many, but fact remains as that 14,317 employees work with a total fleet of 38 aircraft. With below details:

PIA CEO has said that airline is aiming to increase number of aircraft to 42 during the current financial year and 60 by 2020.

PIA in a Revival Mode

As you might had seen our recent coverage, PIA is all geared up to revive its lost glory. For the purpose, numerous initiatives — like starting PIA Premier, possible induction of 787s, 777s, renovation of current 777s and more — have been started and outlook for PIA has been good so far.

During first half of 2016, PIA achieved below indicators to show that the national airline is indeed working to improve its services:

Government of Pakistan tried to privatize PIA earlier this year, however, the decision faced a huge backlash as countrywide strikes and shut-downs jammed the entire company, leaving no option for government but to back off.

While we don’t have confirmations on this, it appears that government has decided to privatize PIA in a more systematic manner this time. They are not only working on image building, but also getting rid of long-running employees who have become a bane for the company.

Bernd Hildenbrand, CEO of PIA, in a recent interview said that his company is working on increasing the revenues regardless of whether PIA is to be privatized or not.

Whatever the case is, rightsizing is a must for PIA now but we aren’t entirely sure if the process will go as smooth as the management is hoping for.