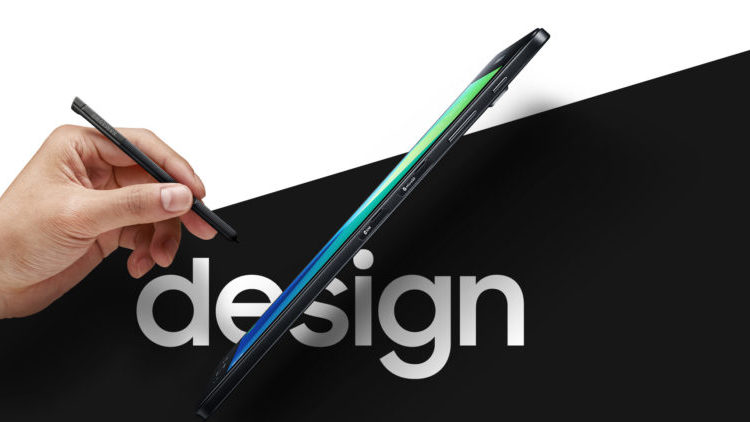 Fans of the S-Pen have been known to await a series renewal every year, however, with things going way awry this year that certainly wasn’t possible. Fear not, for Samsung is back with a new tablet, the Galaxy Tab A 10.1, which also boasts the S-Pen to hopefully carry over some users of the Note 7.

The tablet comes with a 10.1-inch display with 1920 x 1200 resolution, which indicates a 16:10 aspect ratio rather than a 4:3 one. Its great that Samsung is still listening to the users and producing a widescreen tablet, which is more usable for multimedia consumption (its major use) than a screen wit 4:3 aspect ratio. There’s a reason why 4:3 is dead and it is as usable these days as a CRT monitor. It does have an anti-glare coating with a blue light filter.

Under the hood, you’ll get an Exynos 7870 octa-core processor with 2 or 3 GB RAM and 16 GB of internal storage, which can be expanded by a further 256 GB. The back boasts an 8-megapixel shooter, complemented by a 2 MP shooter on the front. Battery capacity is set at a decent 7300 mAh, which allows for up to 13 hours of video playback (Yes real playback not half screen playback like on 4:3 tablets).

For connectivity, you get Wi-Fi, microUSB and Bluetooth 4.2 LE. The OS in charge is Android 6.0 Marshmallow with TouchWiz UI.. 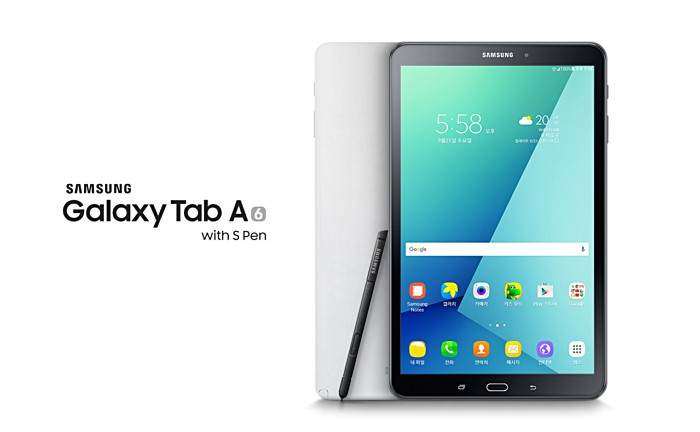 Obviously, the biggest attraction here is the S-Pen, which comes with improved pressure sensitivity and an improved ballpoint pen-like experience. It carries on the major features from the Note, with its ability to translate and create GIFs, followed by all the major S-Pen apps.

Pricing starts for the Galaxy Tab 10.1 at $349.99. It will be available in both Black and White colours.

Galaxy Tab A 10.1 with S-Pen Specifications: