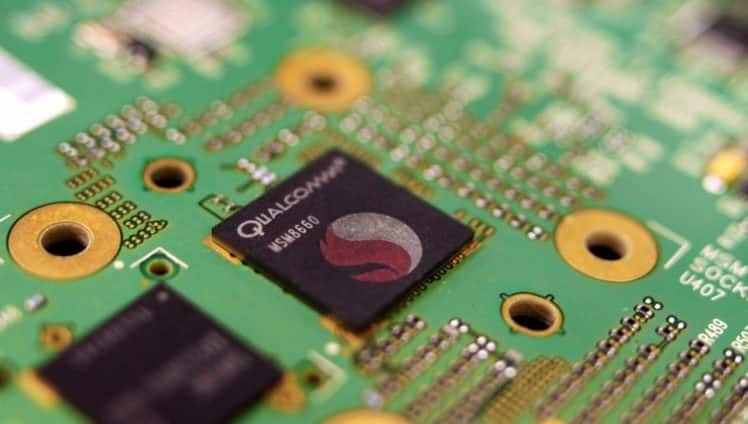 Every year, Qualcomm has come out and surprised everyone with its latest Snapdragon offering, the 835. Like pretty much everything at CES, the focus here is on providing a good VR experience among other customary things we have come to expect.

For starters, the new octa-core Kryo 280 CPU comes with four performance cores clocked at a peak of 2.45GHz, with four additional low-power cores running at 1.9GHz. It is the first Snapdragon chip to be made in a 10nm FinFET procedure. This allows the chip to be 35 percent smaller than its predecessor, yet provide up to 25 percent faster 3D graphics rendering.

Graphical capabilities are handled by the Adreno 540, which can display up to 60 times more colours, as well as bring support for DirectX 12, Vulkan API, OpenGL ES 3.0 and OpenCL 2.0, which could all help in gaming.

In terms of camera, up to a 32 MP module, or two 16 MP modules will be supported. 4K UHD videos of 30 fps can be recorded, while the same res. videos in 60 fps can be played back.

In terms of connectivity, the Snapdragon 835 is the first chip to support the X16 Gigabit LTE modem, with Cat.16 download speeds of up to 1 Gbps, as well as uploads of 150 Mbps. Bluetooth, which has started to look like a dinosaur as of late, could also get new life with the new 5.0 standard with speeds of up to 2 Mbps.

The new chip also uses 25 percent less power than before, which could translate into 2.5 hours of more juice. To further aid in that, there is support for the new Quick Charge 4.0, which is said to be 20 percent faster than the 3.0 variant, and provides up to 5 hours’ worth battery in just 5 minutes. It will also support USB-C Power Delivery, which will be a new charging standard for Type-C.

Qualcomm hasn’t forgotten about VR, as the chip is said to be making its way into VR headsets from some companies. It has also decreased the motion-photon latency by 20 percent, which should make things fluider. Daydream support is coming to the 835, as is AR/VR tracking via sensor fusion. Qualcomm is delivering the full VR SDK to developers soon.

The Snapdragon 835 could see usage beyond mobile devices and VR as well. It has full support for Windows 10 as well as opening new horizons in cars. Qualcomm currently sees it making its way into consumer technology sometime in the first half of this year.