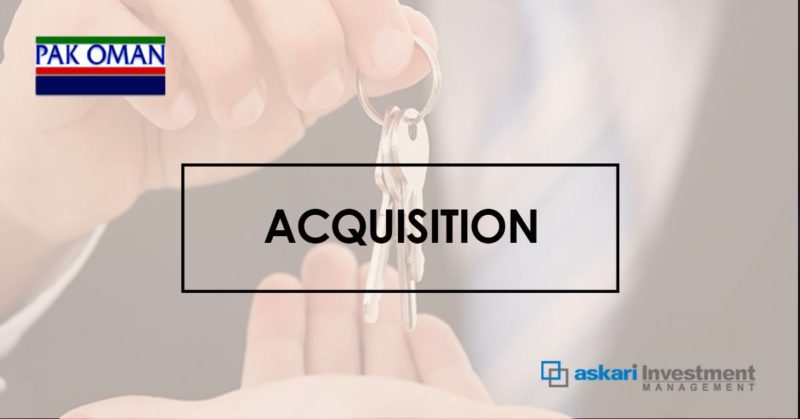 The board of directors at Askari Bank decided to sell out 33.5 million shares of Askari Asset company, which include issued and paid-up capital stakes of the subsidiary.

The sale of shares is subject to execution of a binding share purchase agreement, after obtaining other corporate and regulatory approvals and completing prior legal formalities.

The board of directors of Askari Bank Limited had decided to sell out its two subsidiaries, Askari Investment Management Company Limited and Askari Securities Limited in October 2016.

Later, the bank received offers from different asset management companies including the Pak Oman Asset Management Company (which won the deal) besides JS Investment Company which was also one of the most sought-after entities in the eyes of bankers at Askari Bank.

Commercial banks usually sell out their subsidiaries to enhance their focus on core business or reducing burden of losses through less-profitable or loss making entities. Likewise Askari Bank, different commercial banks had also sold out their subsidiaries in the past including NIB Bank, which sold out PICIC Asset Management to Habib Asset Management at the price of Rs 4 billion and Standard Chartered Bank which merged Standard Chartered Leasing with Orix Leasing Company.

Askari Bank Limited posted a profit of 3 percent or Rs 120 million by the end of third quarter of 2016 to reach Rs 4.18 billion as against of Rs 4.06 billion posted in the corresponding period of last calendar year.