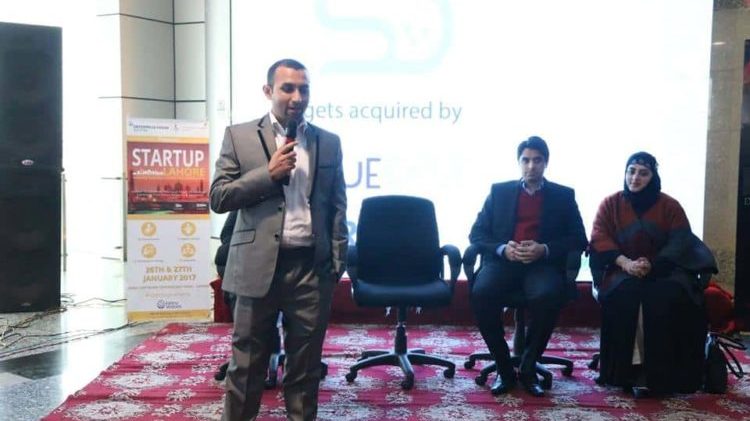 BlueEast Pvt. Ltd, a subsidiary of Orient Electronics, has acquired Smart Devices, a local startup that operates in the “Internet of Things” sphere.

Internet of Things is a $600 billion global industry. Orient Electronics, one of the largest consumer goods companies of Pakistan, recently made a big push in the Pakistani IoT market by developing a new research and development arm focusing on the “Internet Of Things”, known as BlueEast Pvt. Ltd.

Now, the company has made its first big acquisition in IoT in the form of Smart Devices. The acquisition amount has been kept under wraps but Abdul Ghaffar, the CEO of the startup, has shared with ProPakistani that the acquisition figure is in tens of millions of rupees.

Smart Devices was founded by Abdul Ghaffar, an entrepreneur and an IoT expert. The startup offers a number of devices like smart switches and smart hubs that make your home smarter.

As the winner of Pakistan’s first IoT award in 2015 at Telenor’s IoT expo, they have managed to carve a major space for themselves in the Pakistani IoT landscape. ProPakistani also covered a story about Smart Devices last year, its devices, and how you could use them.

Orient Electronics has been interested in the startup for quite some time. They made a move to acquire Smart Devices in fall of 2016 and finally agreed on an acquisition deal by the end of 2016.

“We have been monitoring Smart Devices and Abdul Ghaffar for about a year now. They have been without a doubt been the most promising startup in IoT, in Pakistan.,” says Abdul Rehman Talat, Director of Sales and Marketing at Orient Electronics.

We reached out to Abdul Ghaffar, the CEO, to hear his views on the acquisition and his plans for the future. He will now be leaving his day job as the CEO of Smart Devices to become the team lead of IoT at BlueEast. He sees this change as an opportunity to transform Pakistan into one of the top IoT countries of the world.

In his new role, he will be working on a new Air Conditioner— an eComfort AC, which he also dubs as the “Meter Wala AC”. It will be able to tell you its complete activity history, including the power, voltage, current, as well as a bill estimate. He further plans to work with his team on adding 3rd-party integration to Orient devices.

When asked about his thoughts on the acquisition, he shared that Orient is a leading manufacturer of home appliance devices and has a similar vision for IoT. Therefore, it was logical for him to join them and work together on better IoT devices.