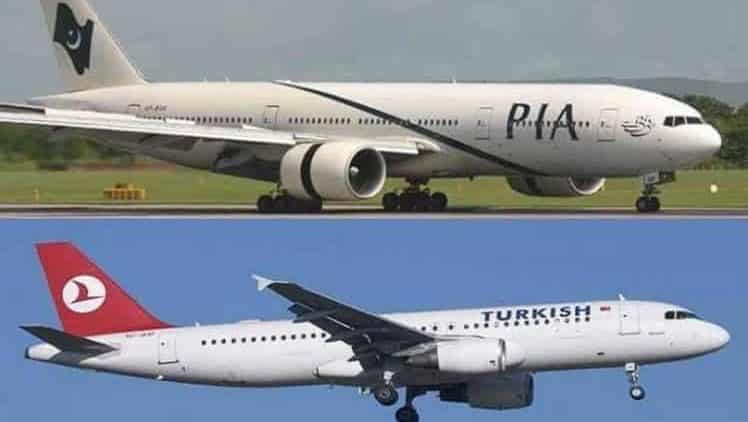 Good news for air travelers who use PIA and Turkish Airlines. Both the airlines have extended their code share agreement recently.

As part of their code share agreement, you can continue to fly Islamabad/Karachi to Dubai on Turkish Airlines while paying the same fare as on a PIA flight.

A code share agreement allows multiple airlines to share the same flight. The airlines will publish and market the flight under their own flight number and airline designator. Only one of the airlines carries the passengers but in case a problem/emergency comes up, the second airline can carry the passengers instead. This in turn reduces inconveniences that are normally encountered by air travelers.

According to the new agreement, PIA will be able to sell tickets for Turkish Airlines (with PIA’s flight number and airline code) for these destinations:

On the other hand, Turkish Airlines will be selling tickets for PIA on these routes:

Note that only the new destinations have been mentioned here. PIA and Turkish Airlines already had a code share agreement in place before.

Benefits For The Passengers

This has 2 main benefits for passengers:

Turkish Airlines is also introducing a special offer which will net you a free 7-day transit visa in addition to a one night stay in a five star hotel in Istanbul.

According to the General Manager of Turkish Airlines, Fateh Atacan, Pakistanis have been visiting Turkey in droves. The number of Pakistanis that traveled to Turkey in 2015 equalled 13,000.  Tourism from Pakistan to Turkey went up by 20 percent in the same year as well.

Due to the growing number of visitors from Pakistan, Turkish Airlines will be providing this travel opportunity. It can be availed from March, 2017.