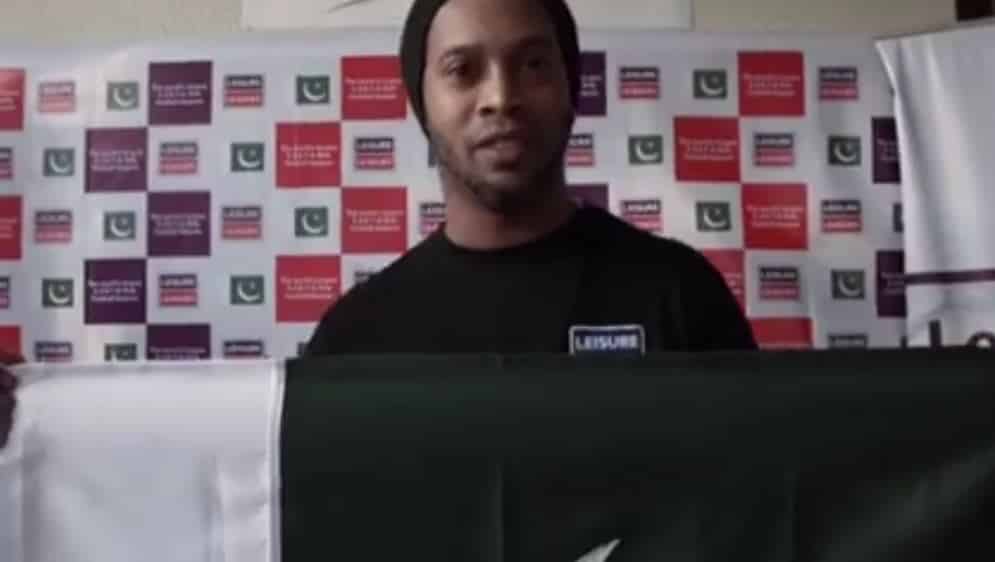 Ronaldinho Gaúcho, one of the most loved and legendary footballers the world has ever seen, has announced that he will be visiting Pakistan soon in a video message  posted on Facebook and Instagram.

The Brazilian professional footballer has played some of the most beautiful football we have ever witnessed in our time. He was a part of the formidable Brazilian team of the early twenty-first century, dominated by legends like Cafu, Ronaldo, Rivaldo, Roberto Carlos, and more. His name is linked to a number of impossibly wonderful goals he scored for Barcelona and Brazil, some of which are still imprinted in our memories.

Earlier today, a local TV channel’s website reported about Ronaldinho’s decision to come to Pakistan. The current club ambassador for Spanish club FC Barcelona was said to have signed a deal with Leisure Leagues. Leisure Leagues PK even posted a poster, inviting fans to guess the footballer who would be visiting Pakistan.

Soon after, Ronaldinho himself posted a couple of snaps on his Snapchat story, wearing a Leisure League shirt and a Pakistani flag. 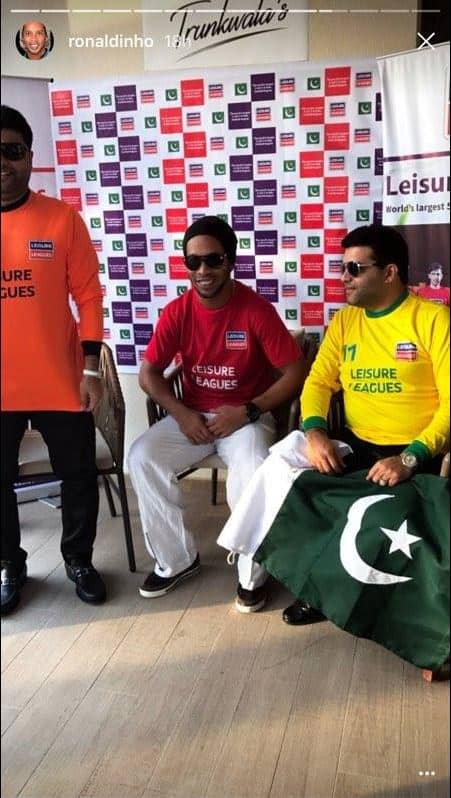 As the Pakistani anthem plays in the background, Ronaldinho turns around, holding a Pakistani flag and says,

“Pakistan, I am coming.”

The much-loved footballer has over 34 million followers on Facebook alone, followed by 20 million on Instagram and another 14 million on Twitter. The news seems to have instantly caught on among Pakistani social media users. On Facebook alone, the video has over a 100,000 views in just a couple of hours after being posted.

We might be technology fanatics and geeks, but even us here at ProPakistani can’t bottle our excitement over the fact that Ronaldo de Assis Moreira, more commonly known as Ronaldinho or Ronaldinho Gaúchois, is coming to Pakistan.