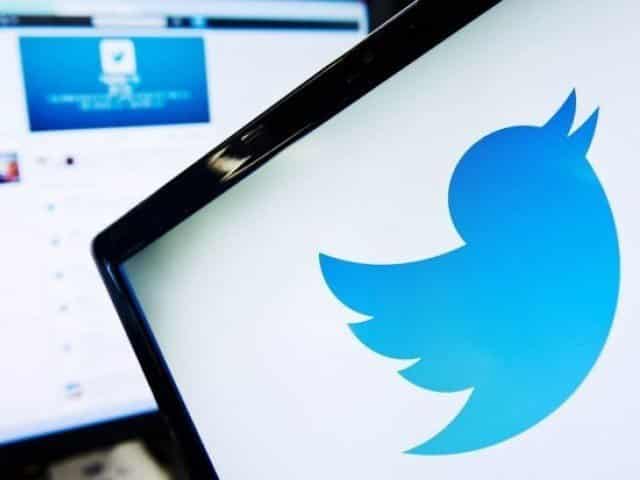 The latest report covers the July-December period for 2016, and gives a listing of the number of requests made by each country either to remove a particular account or to provide additional information about it.

In the second half of 2016, Pakistan Government made 4 requests for account information, specifying 38 accounts whose information was required. However, Twitter declined all requests. 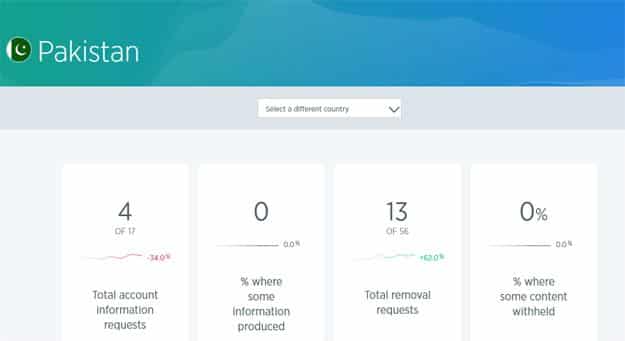 The report further reveals that July 2013 onwards, Pakistan has made 17 account information requests to Twitter, but none has been accepted.

The number of requests accepted by Twitter varies from country to country. For example, in the latest six-month period, USA made 2,304 account information requests, and at least some information was provided in 82 percent of the cases; Turkey, on the other hand, made 493 requests, none of which was accepted.

The number of requests for account removal made by the Pakistan Government in the second half of 2016 is 13 – of which none was accepted. A total of 19 accounts were reported by the Government to Twitter in this period. 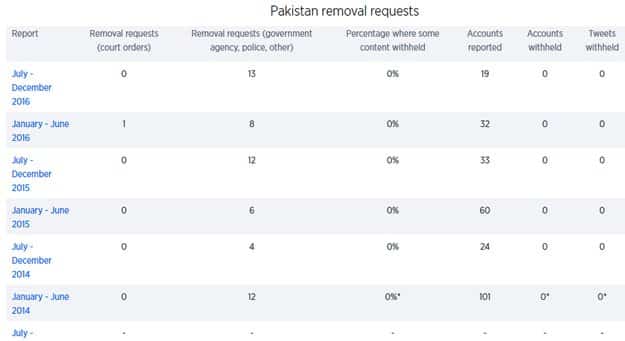 The report specifies that Twitter suspended 376,890 accounts in the second half of 2016 for ‘promotion of terrorism.’ This is a 60 percent increase over the first half of 2016.

These latest account suspensions have brought the total number of accounts blocked by Twitter to 636,248 since August 2015, when Twitter stepped up efforts to curb ‘violent extremism,’ the report said.