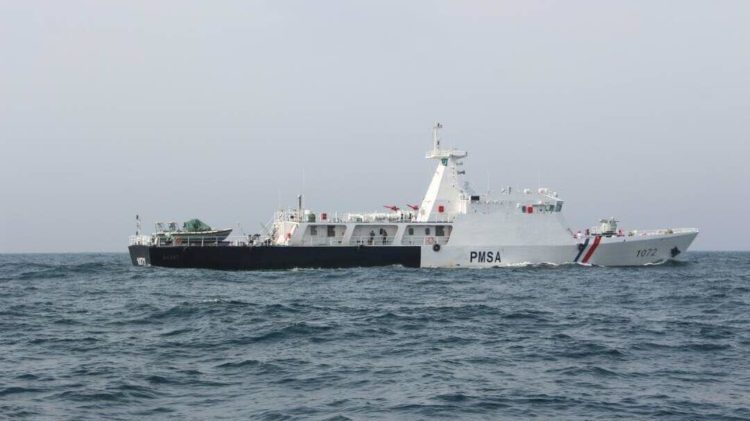 The ship was commissioned at Guangzhou China and has been named after DASHT River in Baluchistan. During its passage from China to Pakistan, the ship visited Malaysian, Indonesian and Sri Lankan ports.

The Director General PMSA, Rear Admiral Jamil Akhtar HI (KA), TBT and families of PMSS DASHT crew along with other senior officers of PMSA received the Ship at Karachi Shipyard jetty. A simple but impressive ceremony was held to mark the arrival of the ship in Pakistan.

He said that realizing the Maritime security needs the government undertook this programme as a timely response to evolving challenges in Maritime domain. He also thanked the government for allocating huge funds for this project.

PMSA is also responsible for Rescue efforts at sea covering a vast area of upto 840 NM from the coast line of Pakistan. In order to ensure effective law enforcement PMSA is undergoing capacity enhancement programme aimed at induction of new ships, fast boats and aircrafts.

Earlier this year, Pakistan Maritime Security Ships HINGOL and BASOL, also named after other Baluchistan Rivers, were inducted into PMSA fleet on Jan 17.