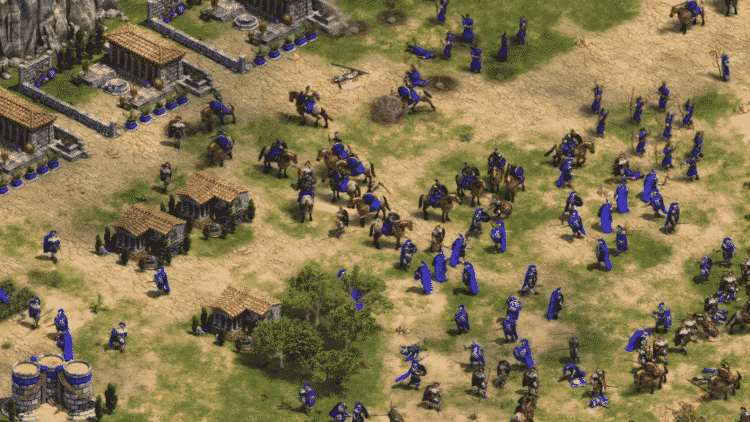 Classic real time strategy (RTS) fans rejoice! Microsoft has announced a 4K remaster of Age of Empires strategy game at E3. The new iteration of the series will now be known as Age of Empires: Definitive Edition.

The genre-defining game has been played by millions to date. It created a whole generation of strategy game fans (many of whom have since then shifted to Civilization or StarCraft).

For the Definite Edition of the game, Microsoft has announced that apart from the graphical boost, some new quality of life gameplay changes have also been introduced.

Visually the game looks like a far cry from the pixelated goodness of the old version. The Definite version comes with higher resolution textures. Zoom levels have also been changed.

Now you can look at the whole battle instead of being limited to a small bunch of units fighting each other, panning around the battlefield frantically to keep track of everything.

Xbox Live multiplayer support has been added (so that console owners can join in on the fun) and a new campaign will be included. Even though most players won’t bother with the new campaign, its still a good addition for some of the casual players.

More details about the Definitive Edition will be unveiled at Gamescom, Germany in August.

Microsoft remastered the Age of Mythology games first and have eventually moved on to the classics like the Age of Empires. Now only if the Command and Conquer series got a remaster.