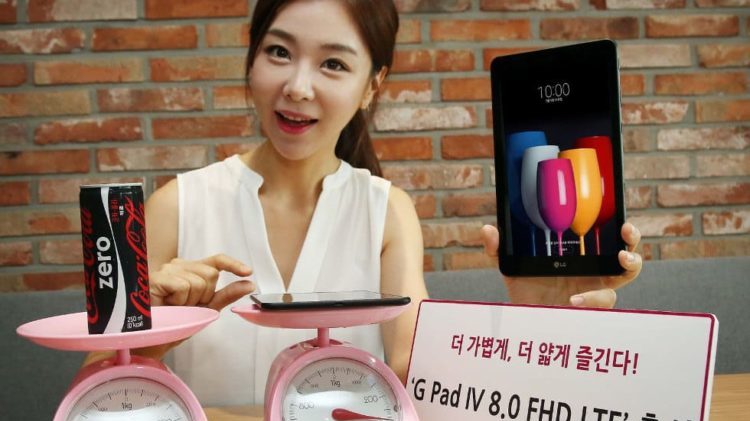 Tablets are mostly used as media consumption devices: watching videos, listening to music etc. Making a phone call on a tablet is not only unorthodox, it looks ridiculous as well.

However, if you are a fan of such tablets you’re in luck. LG has announced its latest G Pad IV 8.0 tablet which can make calls and has a few other tricks up its sleeve too.

The key design element of the G Pad IV is its light weight. At just under 290 grams, it weighs less than a can of Coca Cola, according to LG.

Under the hood, you get a Qualcomm Snapdragon 435 octa-core processor, coupled with 2 GB RAM and 32 GB of expandable storage.

The G Pad IV runs on Android 7.0 Nougat, which is customized by LG to offer features such as multi-window, Easy-to-view, Knock Code and more.

Connectivity is well covered by Wi-Fi ac, LTE, microUSB and a SIM card slot. The tablet can also make voice calls, which is another advantage.

As is the norm for most tablets, the cameras are nothing special. There are two 5 MP cameras in the G Pad IV .

Battery capacity is set at 3000 mAh, which is not the biggest we’ve seen on a tablet.

The G Pad IV 8.0 is going to retail for around $300. It comes with an optional Plus Pack accessory which adds an additional USB, speaker and battery to the tablet.