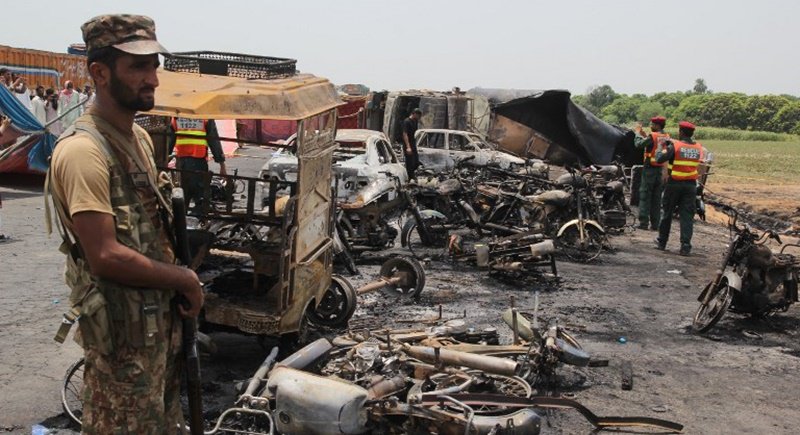 Report said that oil regulatory authority (OGRA) imposed $2.4 million or Rs. 257 million fine on the company for the damages and compensation for the tanker blast.

Reuters claims that OGRA prepared a report and held Shell Pakistan responsible for the blast due to insufficient security measures and substandard specifications for the vehicle that was carrying the fuel.

Report prepared by OGRA said that incident happened due to “non-professional driving/vehicle being lesser than required specs”.

It would be unhelpful to speculate on factors that may have contributed to the incident whilst other investigations are still ongoing, but we respect the role of the regulator and will consider the report as we cooperate with investigations by authorities and as we conduct our own investigation.

It must be noted that Shell Pakistan is one of the largest oil distribution companies in the country. While it operates in several markets, Pakistan is considered as one of the top countries — in terms of safety — for Shell International.

A Shell Pakistan oil tanker sidetracked due to an accident last month and locals flooded the place to fill buckets of leaked oil.

The tanker, reportedly due to a cigarette being carelessly tossed, caught fire and burned everyone on site. More than 200 individuals lost their lives on the day.