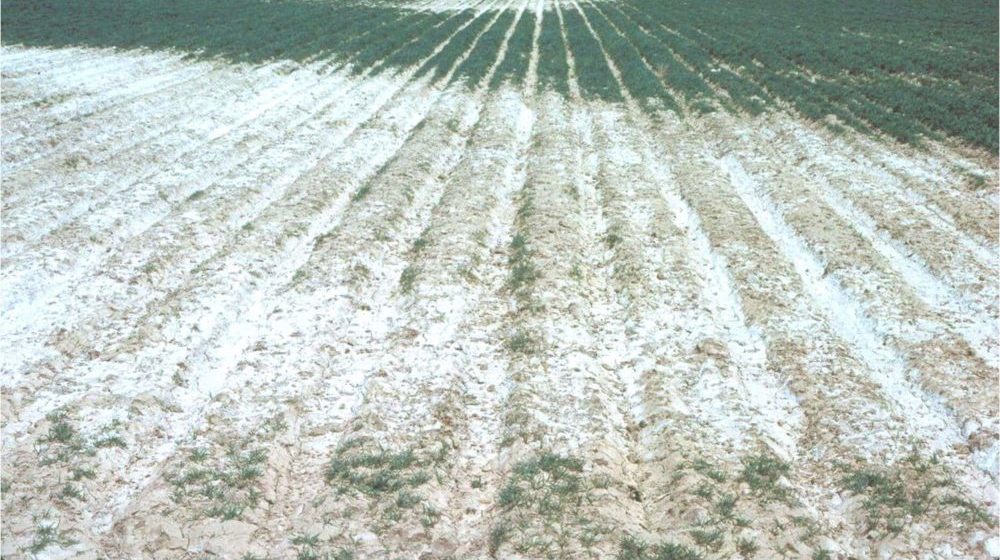 We may be losing up to Rs. 55 billion worth of crops every year thanks to salinity and water logging.

According to a high level official of the Federation of Pakistan Chambers of Commerce and Industry (FPCCI), increasing salinity levels have rendered almost a third of cultivable land unuseable.

Regional Chairman of the FPCCI Standing Committee on Horticulture Export, Ahmad Jawad says that the estimated losses from salinity may range from Rs. 15 billion to Rs. 55 billion.

He said that the irrigation network suffers from continuous seepage over the years in addition to a lack of natural drainage. This has increased the level of groundwater in the area.

The government tried to remedy this by installing surface and sub-surface drains as well as tubewells across the country. It didn’t work out however.

Drainage and land reclamation efforts by the government were costly and energy intensive on top of increasing environmental degradation with an added problem of disposing brackish drainage water.

A study by UN Food and Agriculture Organization (UNFAO) suggested that the saline soil can be reclaimed through proper site preparation, choosing the right crops and developing better nursery and planting techniques.

Thanks to the overuse of poor quality groundwater, secondary salinity is also increasing in an area of 2 million hectares.

At a national policy dialogue on salt-affected soils, it was stressed that economic utilisation of salt-prone soils with innovative and viable practices, assessment tools and policy interventions is the need of the hour.

He added that 50% of the salinity affected land is from Punjab, 40% in Sindh and 9% in Balochistan.