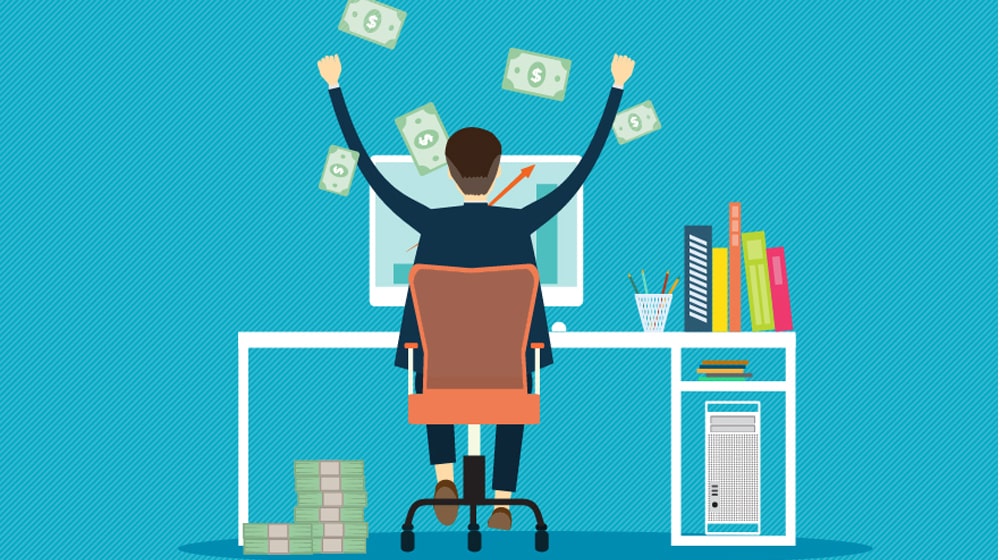 While it’s agreed that software eats the world, software developers compensations vary wildly depending on region and country. For example, earnings for developers in the US are several times higher than their counterparts in Asian cities like Singapore, Bangalore, and Shanghai even after adjusting for living costs and taxes.

If you are wondering how much software developers make in the most major cities of the world, read on to find out.

How Much is a Software Developer Worth?

A study conducted by CodeMentor has taken into account the earnings of developers in 43 cities across the world. Here are its findings.

11 cities based in the United States comprise of the most lucrative opportunities for developers. These cities include Seattle, Phoenix, and San Jose. Many other Canadian cities and other cities like Oslo, Tel Aviv also made it to the top.

The cities which were not as lucky and were at the bottom of the list included Moscow, Warsaw, Singapore, Hong Kong, and Bangalore. The net income of developers in Singapore was $324 and in Bangalore, it was $969, which is very low compared to the $45,185 that a developer earns in Seattle, USA. 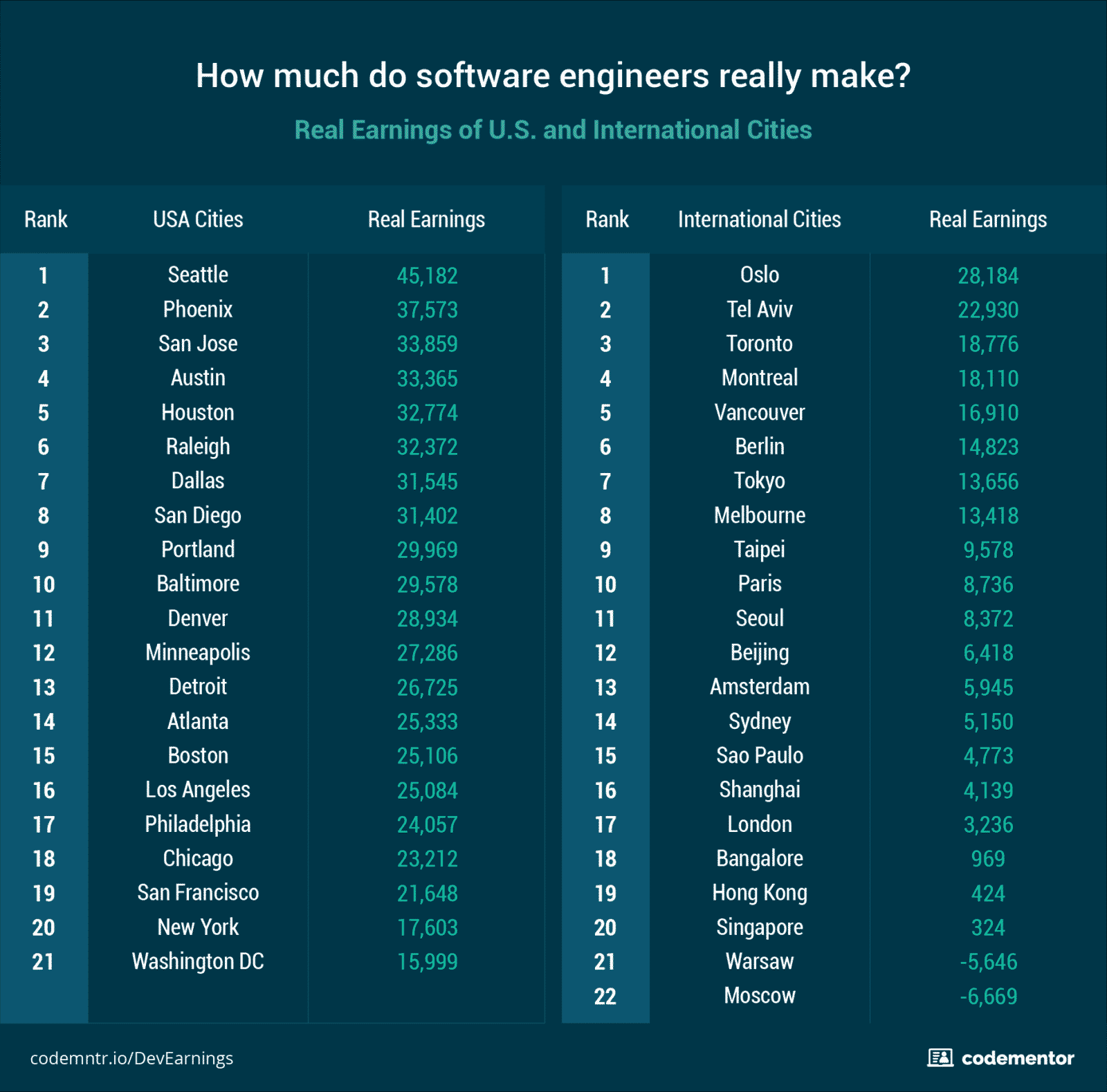 The income is not all that really matters. The number of available job openings also played a big role. The city of Banglore won in that area. They have a huge number of jobs available with a very high chance of people getting a job in software development business.

There was no city which could give competition to Banglore’s 21,182 job opportunities, this was almost 10 times the opportunities in Singapore. The only cities close to Banglore were New York and Washington DC.

Why Some Cities Got a Low Income Rating

In the study, CodeMentor considered a software developer with an average income who they assumed to be living alone near the center of the city where the housing prices are comparatively high.

This is one of the reasons why Moscow gets a negative real income.

The reality may be different. People may be traveling from places which are further away from the center of the city, where the houses are cheaper.

For example: the rent considered in the study for Singapore is taken to be $2063, but it is possible that for a person to live in the suburbs and use the local train to commute between his job and home. This would show a considerable increase in his real income.

The average income, like the one calculated in this study, can be skewed due to some outliers who earn a lot more than a normal developer in the city. Other factors like family and lifestyle choices can also be included in the calculation of the real income to change the data somewhat. However, a rough picture of the scenario can be drawn from this data which helps our case.

The data was provided by Glassdoor. Numbeo was responsible for providing the data for other cities. The information about the taxes was given by IRS and KPMG.

All in all, this study suggested that if you are a software developer then Seattle is the place you want to be. The city pays the best and has many opportunities. It is also the home city of tech giants like Amazon and Microsoft.