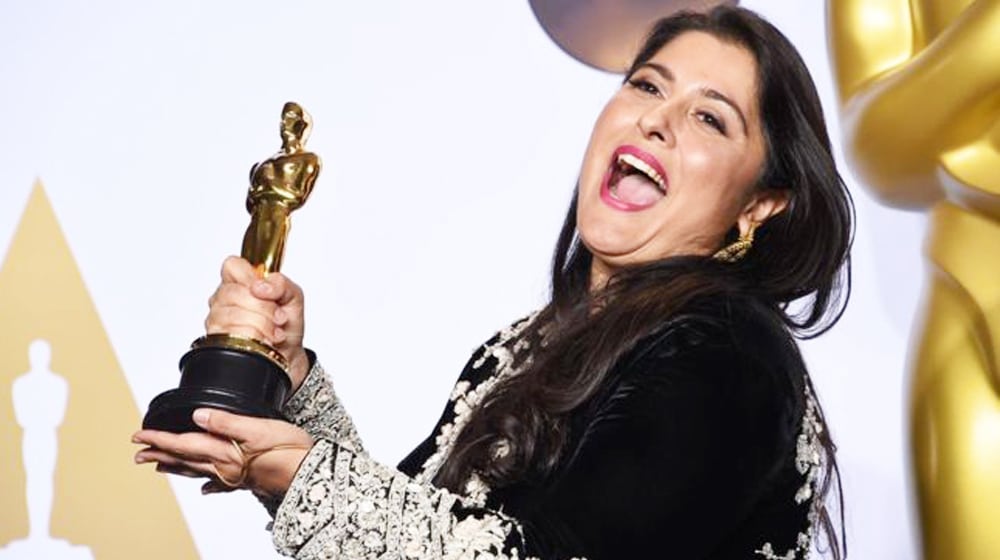 Virtual Reality is one of the hottest buzzwords in the tech world today. And now, the two-time Oscar winner director from Pakistan, Sharmeen Obaid Chinoy has also decided to work with this technology.

Her newest documentary, ‘Look But With Love’, based on the social challenges people in Pakistan are facing to bring about a change, is set to be featured at the Tribeca TV Festival which takes place in America this fall. The documentary gives an immersive view of Pakistan, by utilizing virtual reality technology to its fullest.

‘Look But With Love’ has 5 episodes in the series. The five parts tell us about the sociopolitical conditions of Pakistan and how many individuals are combating those. There is a different story in focus in every episode.

Two out of these five are going to be featured in Tribeca TV Festival. The first one named ‘A Story Of Women’ illustrated how a group of women is using paramilitary training to fight the terrorists and different rebellions.

The second episode ‘A Story of Dance of Look But With Love’, features a woman who teaches children the expression of their feelings with dance.

Tribeca Film Festival has always promoted the work of new rising independent film makers. They have in past also embraced new innovative technologies so it doesn’t come as a big shock that they will be premiering Miss Chinoy’s documentary in VR coming September in their new Tribeca TV Festival.

VR has continued to grow. It is now spreading far beyond just video games, with many also using it to give their movies and TV series a truly immersive world to play in. Even hospitals and research institutes have been using it.

There are many videos available on YouTube which can be viewed in VR as well. It bears mentioning that you do need compatible hardware and headsets to view VR-only content though.

We hope that other aspiring Pakistani film makers should also incorporate VR in their projects, helping win more plaudits from all over the world, as well give a shot in the arm to the Pakistani film industry.