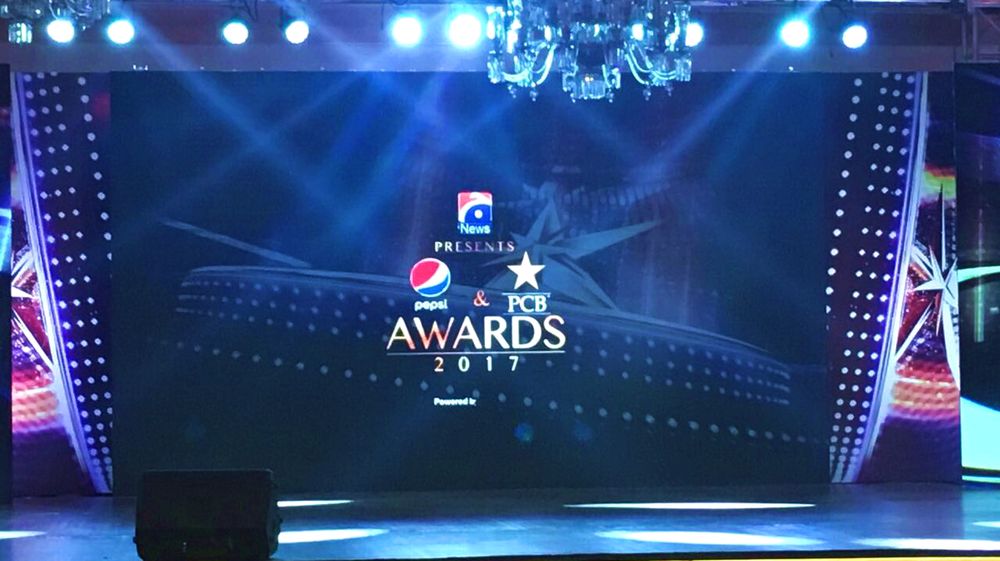 It’s that time of the year when Pakistan Cricket Board (PCB) announces the best players of the year in a glitzy award ceremony.

The awards galore was attended by the former cricketers, ICC representatives, current national cricketers as well as the World XI players. The buzz was great and the award ceremony was truly glamorous.

Different players were presented with the prestigious awards in different categories. And when Misbah-ul-Haq takes the stage, it does not get any better than that.

Emerging Cricketer of the Year Award

The emerging cricketer of the year award was shared by the rookie fast bowler Hassan Ali and the very energetic leg-break bowler Shadab Khan. The former captain Misbah-ul-Haq and the former pacer Shoaib Akhtar presented the awards to the players.

T20 Player of The Year Award

The best T20I player of the year award was bagged by none other than the number one T20 bowler – Imad Wasim. It was presented by Daren Sammy.

Best t20 player of the year for pakistan … All because of ur love and support🙏🏻#ThankYou #PCBAwards pic.twitter.com/bJBCvXeE7f

ODI Cricketer of the Year Award

Pakistani run machine, Babar Azam won the award for the best ODI cricketer of the year following his brilliant year with the bat. He punished every opposition with his pure class and temperament.

Honored to become the #ODIPlayerOfTheYear – this award is for Pakistan & my fans. Consider it a start. Thanks to Almighty for everything. :) pic.twitter.com/lLYmthh40Q

Test Cricketer of the Year

Humbled to receive @TheRealPCB #TestPlayerOfTheYear award. I dedicate this award to my people, my fans, & the #WorldXI team touring Pakistan

Misbah-ul-Haq was awarded the Lifetime Achievement Award as well as Spirit of Cricket Award at the grand ceremony in Lahore.

Congratulations to Misbah-ul-Haq on getting the lifetime achievement award from PCB. If anyone deserved it it was him. #PCBAwards

Outstanding Cricketer of the Year Award

Pakistan captain, Sarfaraz Ahmed, won the Outstanding Cricketer of the Year Award for 2017. He received it from none other than the great Wasim Akram.

The Event in Pictures

The awards were full of fun and laughter.

At the #PCBAwards – sending everyone loads of good luck! 😀 pic.twitter.com/D4UyQUq5ja