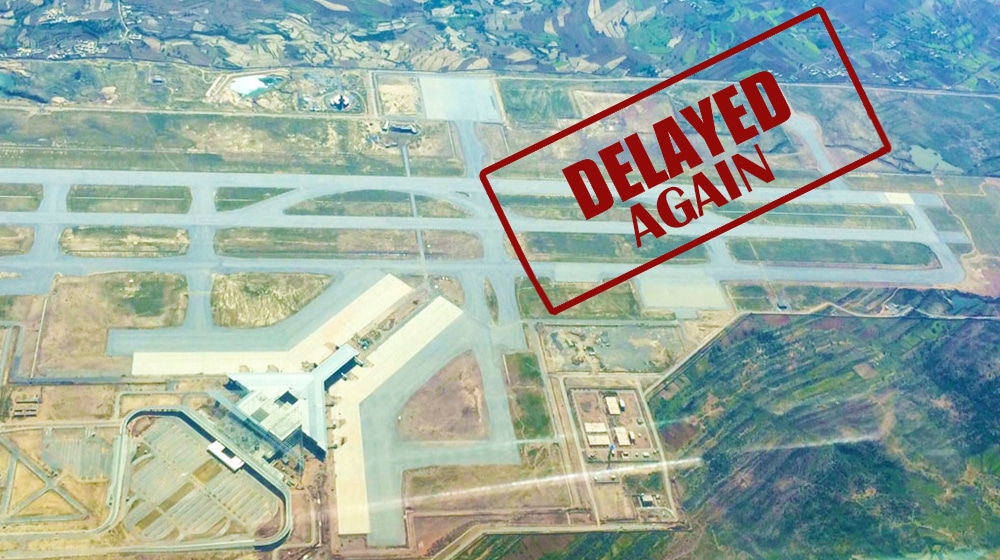 A story of incompetence – the New Islamabad Airport, which was supposed to complete its inauguration process last month, has been delayed yet again with a new March 2018 deadline. As 2017 has officially ended, so has the previous deadline for December 2017.

An official said that the National Highway Authority (NHA) has set a target date of March 2018 to complete any unfinished construction work, however, there’s still a good chance that it will get delayed further.

According to the official, the related authorities and provincial governments already have their “hands full” as they are busy with political issues and defending their statuses. Other than the typical political rant, the official added that the heavy July-August rains also delayed the construction work of roads for the airport.

Due to the combined incompetence of the Civil Aviation Authority (CAA) and the added ineptitude of the NHA, the new deadline of March 2018 is also very likely to pass because the road networks have been poorly planned.

To support the airport’s water supply, two new dams named Rama and Kassana are being built. The Rama Dam is close to completion and the Kassana Dam’s construction is currently underway. The airport, however, has been reported to become operational in 2018’s opening quarter.

Kashif Zaman, an NHA spokesperson, told reporters that the airport’s access roads from the GT Road Interchange and Talian Road will be operational in the beginning of the new year. The area between Peshawar Mor to GT Road and the respective stations are reported to be functional from March this year.

Recently, it was announced that the Metro Bus extension project had also been delayed to March 2018.