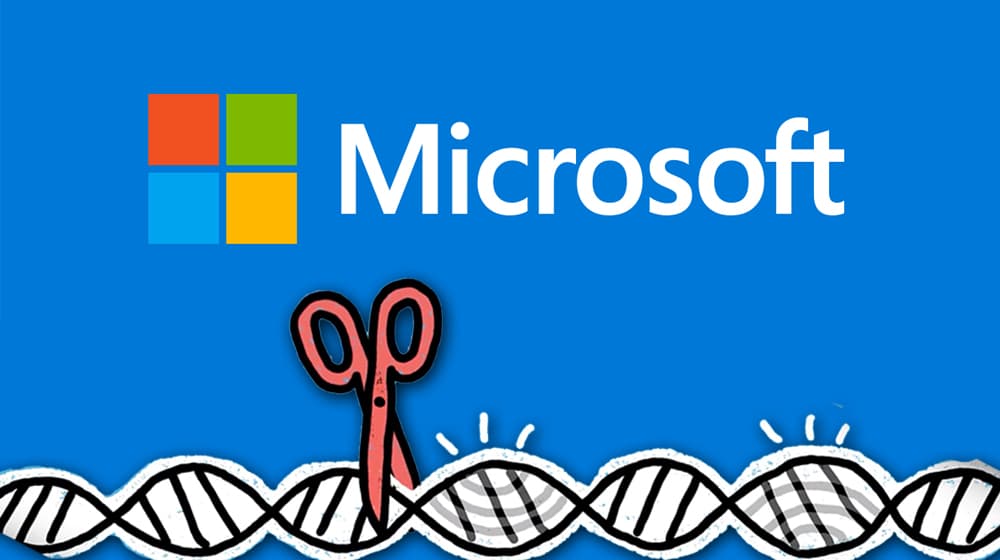 Microsoft will now use Artificial Intelligence to improve gene editing

Scientists have been using CRISPR, a nano-sized sewing kit that can be designed to cut and alter DNA at a particular point in a specific gene, to try to treat and cure diseases, improve birth rates and even alleviate allergic reactions.

However, the one challenge that CRISPR faces is that a lot of genomic regions are quite similar, which is why it makes it harder for CRISPR to identify the right one and accidentally work on the wrong gene which would cause unintended consequences – what scientists call off-target-effects.

To resolve this issue, according to a new paper published by researchers from Microsoft, MIT, Harvard, UCLS and Massachusetts General Hospital, Microsoft believes that by using artificial intelligence, it can help improve the accuracy of CRISPR. Elevation, the newest tool, predicts the opposite on-target effects when editing genes with CRISPR by using artificial intelligence and machine learning. It also complements Azimuth tool from 2016,

Here is how it works.

CRISPR uses two components: a cutting protein and a guide RNA that indicates the part of the genome you want to cut. The guide RNA is about 20 letters long. The problem here is that a genome can have the same series of letters, so CRISPR could snip the wrong section as mentioned above.

Why does it Matter?

Off-target effects can be a huge safety risk with CRISPR. A wrong snip in the genome could trigger cancer. Nicolo Fusi, a researcher at Microsoft’s research lab in Cambridge, Massachusetts said,

Off-target effects are something that you really want to avoid. You want to make sure that your experiment doesn’t mess up something else.

The Elevation tool allows the researchers plug-in the gene they want to modify and would get the estimate of how bad potential off-target effects could be. Using the tool, researchers would know which genes are most difficult to safely edit and avoid tweaking them, says Nicolo Fusi of Microsoft Research.

Due to the off-target effect the use of CRISPR has always been debatable but Microsoft’s new tool, though, will certainly be a welcome addition to the toolbox.