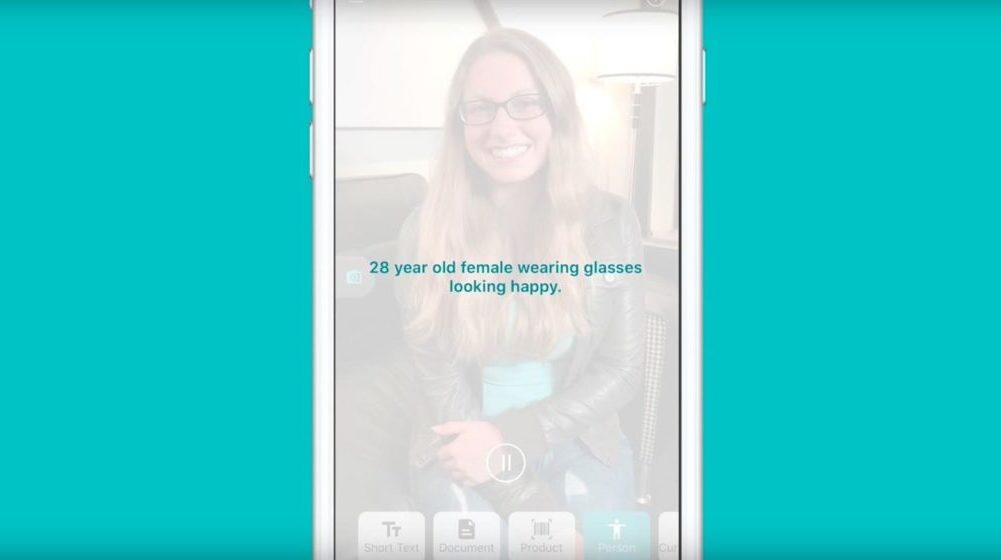 Reading about artificial intelligence a lot lately? Well, it appears it’s all the craze in the tech world at the moment. Now, Microsoft’s Research AI division has released a virtual guide for the blind, dubbed ‘Seeing AI’.

If you add the word “describing” to the app’s name, it quite sufficiently explains its function. In a sentence, the app “sees” the world around it and then “describes” it to its user.

The app accesses the smartphone’s camera and uses it to examine the environment around the user. It can then assist the user by telling them if a person (it has seen before) is in front of them. Moreover, it can also describe their emotional state (obviously based on their facial features) to the user.

Additionally, the app can also be used to identify common products with the help of barcodes. Once recognized, it will help the user locate it by emitting short beeps and also give a description of the product if available.

Another one of its nifty features is its ability to instantly scan documents and dictate them out loud to the user.

The app is based on the concept of artificial neural networks. Yes all you biology majors, the tech industry is copying the human brain’s neural network system! This forms the basis of the artificial intelligence part of the app.

In simple words, it can kind of “think on its own” to an extent. What this means is that let’s say an image of a dog is shown to the program with the label “hotdog” and other animals are shown with the labels “not a hotdog”.

The program will then be able to identify the images it is shown from that point onwards as consisting of a hotdog or not. FYI, the same technique is used by Google’s popular app ‘Photos’.

The app was first presented last year at Microsoft’s Build conference. Since then the developers have been hard at work and now, since 12th of July of this year, the app is available for free on the iOS platform.

Also, at the time the app is only available in select countries namely the U.S., Canada, India, Hong Kong, New Zealand, and Singapore.

As of now, there is no news of its availability for Android and the rest of the World.

Another thing of significance is that the app doesn’t require an internet connection at all time for its core features to work though access to the web is required for some complex features like the description of an entire scene.