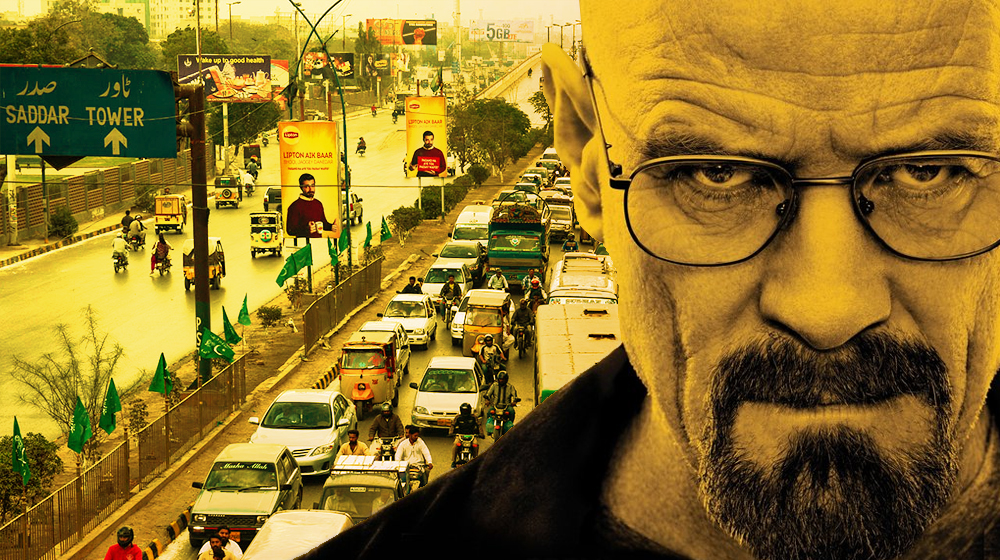 Police has arrested a man selling quantities of Methamphetamine in Karachi. The person in question was highly educated and belonged to a US-based family.

A Breaking Bad episode just occurred in Karachi as a “desi Walter White“, who actually got his education from the United States, has been arrested for being involved in selling Methamphetamine (also known as crystal meth or sheesha locally).

Quantities of crystal meth along with related equipment was confiscated from the suspect.

The suspect, Adeel, who has an alias of Vicky, belongs to a US-based family and completed his Masters degree from University of Carolina according to Sarfaraz Nawaz, the SSP in-charge of the area.

Adeel actually has a criminal record as he was previously involved in a murder case and jailed in relation to it – he found his drug addiction in the jail.

After his arrest, Adeel revealed some valuable information to the police which suggests that a larger chain is operating throughout the country.

Shockingly, most of the suspect’s customers were part of the educated class – with the majority being girls.

Gang in Karachi Arrested for Sexually Assaulting and Blackmailing Women

Drug-dealers, much like Adeel, supplied their “product” to apartments reserved for drug use. Most of these apartments are situated in expensive and higher-class areas.

Police officials have found around 60 main-dealers to be actively conducting their drug businesses – which even supply drugs to offices and educational institutes. Moreover, these dealers are consistently expanding their customer-base by supplying free drugs in parties in order to turn the curious users, mainly teenagers, into addicts.

Some people become active buyers and those who cannot afford to satiate their addiction, are hired as dealers. The dealers conducted most of their business through social media channels like Facebook and WhatsApp.