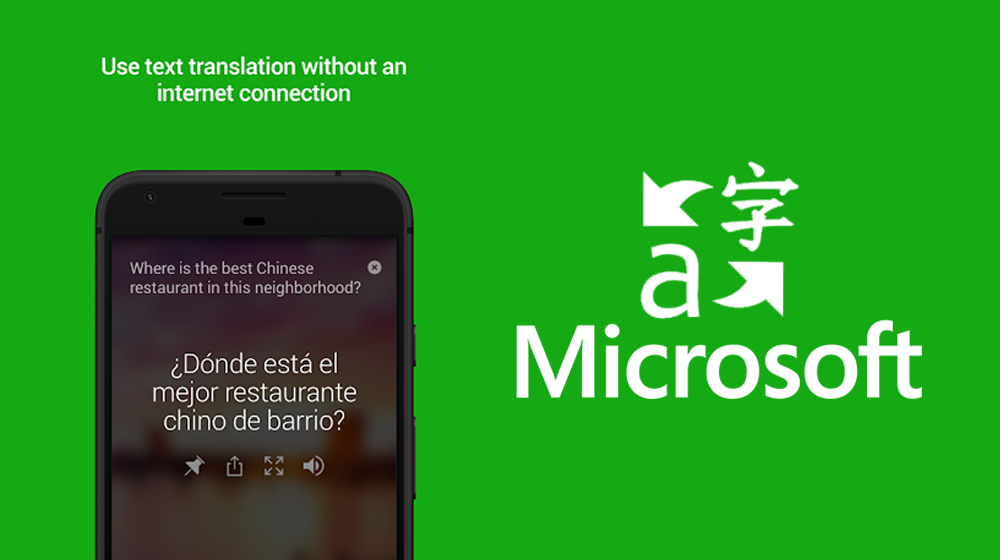 Microsoft Translator can now use AI to translate phrases and sentences offline.

Microsoft Translator has been updated to work offline, letting you converse with foreigners on the go. The app works on Android, iOS, and Amazon Fire devices and you can download your desired language pack for any hardware.

Just like other available translation apps – such as Google Translate – Microsoft Translator has always been able to decode foreign languages using AI but required an internet connection to do so.

Though these apps work quite well, using them in areas with no 3G/4G has always been problematic but Microsoft has fixed that, allowing you to download language packs beforehand. Moreover, the company has also managed to reduce the size of these packs so you won’t have to worry about your device’s memory running out.

Earlier, this only worked on a few Android devices that came with an AI or machine learning chip but Microsoft’s new algorithm helps advanced AI to run on almost any smartphone.

For now, only the “most popular” languages are available to download but the company promises that it will keep adding more in the future.

This is a favorable improvement which shows how AI can be used just as well offline without needing specific hardware to run it. This is more practical because an internet connection cannot be availed all the time.

You can download Microsoft Translator for Android, iOS, and Amazon Fire.