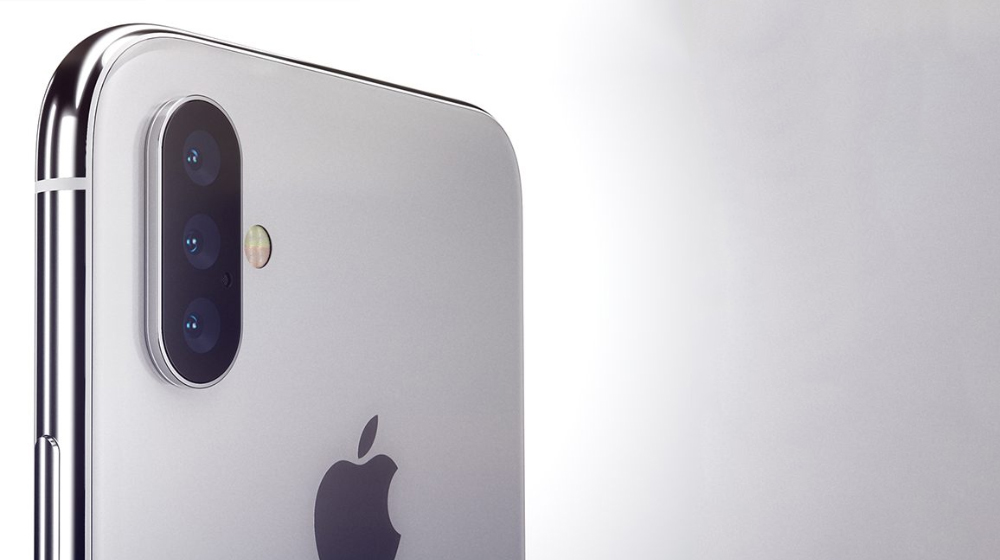 The design and blueprint of the upcoming Apple iPhone has been leaked, it has triple cameras.

As we covered before, Apple has already been rumored to launch the next iPhone in three different variants including a cheaper, “budget” version with a smaller size and price tag.

Now, some well-regarded market analysts and phone case makers have revealed detailed schematics of this year’s iPhone’s. The top-end flagship iPhone X Plus (or whatever it gets called) has a triple camera set up this time. Apple seems to have taken notes from Huawei’s P20 Pro that was the first smartphone to feature this camera set up.

We also have some leaked renders, some specifications, and a bit of insight on what we can expect from Apple this year. Here’s what the new triple camera iPhone in CAD renders looks like,

A Forbes contributor, Gordon Kelly, and a phone case maker, Ghostek, have designed detailed schematics of the upcoming iPhone’s design. As we know, there’s a 6.5-inch display ‘iPhone X Plus’ – the flagship, with an OLED display, triple cameras, and top-of-the-range hardware. The other is a cheaper 6.1-inch version with an IPS LCD which will retail at $300 less than the high-end version and is expected to come with a single camera.

Here are the blueprints, take a look for yourself below,

As you might have noticed, the low-end version looks quite similar to last year’s iPhone X in terms of notch and bezel size. Apple is trimming the bezels even further for their top of the line flagship phone, in order to achieve a higher screen to body ratio. There’s no indication of a cutout for a fingerprint scanner, an in-display fingerprint is possible because it’s practical to have an additional unlock method besides FaceID.

The 6.5-inch iPhone, according to noted market analysts, will have an OLED panel with a 19:9 aspect ratio. The display size is going up, due to reduced bezels, but the dimensions are more compact than the current iPhone 8 Plus at 157.2 x 77.1 mm.

Here are some early renders,

Moreover, Gordon Kelly claims that it will also house a triple camera set up on the rear, just like Huawei’s P20 Pro, in a vertical array, while the notch is expected to house FaceID 2.0 this time alongside the selfie camera.

The 6.1-inch iPhone will have an IPS LCD panel, a single camera lens – instead of dual or triple configurations – and will run iPhone X’s Face ID 1.0. The ‘budget’ version, that should retail close to $700, won’t have 3D Touch and will also come with less powerful hardware.

As for the third, mysterious variant, GSMArena says that it will be exactly the same as the current iPhone X, albeit with more powerful internal hardware. Apple has already been rumored to price its new iPhones “aggressively” in order to stay competitive, we can expect significantly lower prices as compared to last year’s iPhone X.