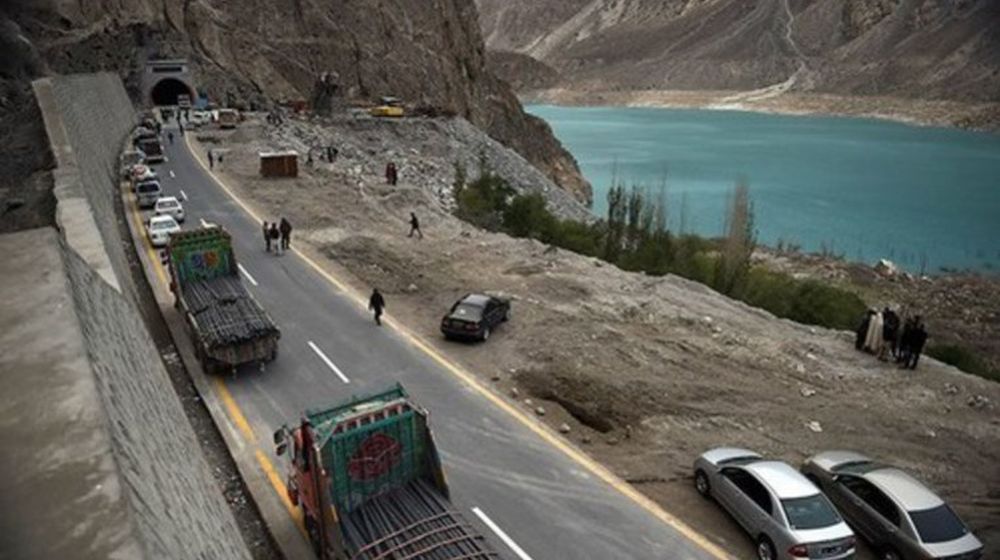 Sost, which was once considered as the hub for cross-border trade between Pakistan and China, has never been so serene as in these past two and a half months, despite the roads being open for trade since April this year.

Every year, from April onwards, the Karakoram Highway bustles with heavy traffic, transporting goods from and across the Chinese border.  But not anymore, all thanks to the newly introduced digital customs operations – Web-based One Customs (WEBOC) – which allows the traders to file goods-declarations for import/export purposes online.

We often think of technology as improving our lives for the better. However, in case of the WEBOC system, which was developed by the Federal Board of Revenue, trade has been negatively impacted. In fact, there has been little to no trade ever since the borders reopened this year in April.

The goods declaration aspect of WEBOC system is intended for factory owners and not for small traders, believes Ashfaq Ahmad, a local trader. Despite this, FBR’s online system demands that you declare your goods, no matter how many traders you get the products from.

This issue has made it more troublesome than convenient for local traders who get their products from the market and not factories. Traders complain that even a single consignment requires a huge number of declarations so that it can be traded. To add insult to the injury, traders in Gilgit-Baltistan are not technologically-literate, and hence can’t use this system.

The Chief Court of GB has already passed its verdict in favor of manual customs operations following a petition filed against FBR’s system by local traders. However, FBR’s Chief Collector (North) Jawed Agha has declared the Court’s decision null and void.

This development angered the local traders, who have blocked the Karakoram Highway. They protest that FBR’s tax-related authority in the disputed GB region is unacceptable.

GB Legislative Assembly’s member Jawed Hussain believes that the Sost dry port is exempted from taxation, since it lies in the disputed territory.

“There can be no taxation without representation. We can’t follow laws framed in Islamabad because we are not represented in the parliament of Pakistan. We can only follow a policy framed by the local government and traders.”

The region sees 10 to 50-feet long containers clearing daily, worth Rs 1 billion in trade volumes, and taxes worth Rs 350 million per month when the border is open.

Jawed claims that the local authorities have suffered a loss of Rs 350 million due to the federal government, which makes FBR liable to pay the damages.

Ali Asad, an Assistant Collector at Customs, says that 99% trade through Sost is for the tariff area:

Trade through Sost is not for GB; the traders protesting against taxes and WEBOC are not importers but clearing agents. Importers are based in Karachi and Lahore. Locals ask for tax relief, saying GB is disputed territory but borders are a federal subject where Pakistani (tax) laws apply.

Ali believes that manual operations had a number of loopholes that could be overcome by use of its online system, ensuring swift documentation and clearance. During a time where economic activity is booming with CPEC-related activities, the need for such a system was evident.

The border trade is flourishing, with a 5-10% increase per year. However manual operations continue to be a major hindrance, with documentation only taking up as many as 4 days. While Customs officials believe that the WEBOC system is there to facilitate the traders, the locals think otherwise, demanding that the officials revoke it.

A day before Eid, the Frontier Corps Northern Areas (FCNA) met with the Traders’ Core Committee, asking them to open the Karakoram Highway while serving as a guarantor in the agreement that FBR will address their issues by 20th June.