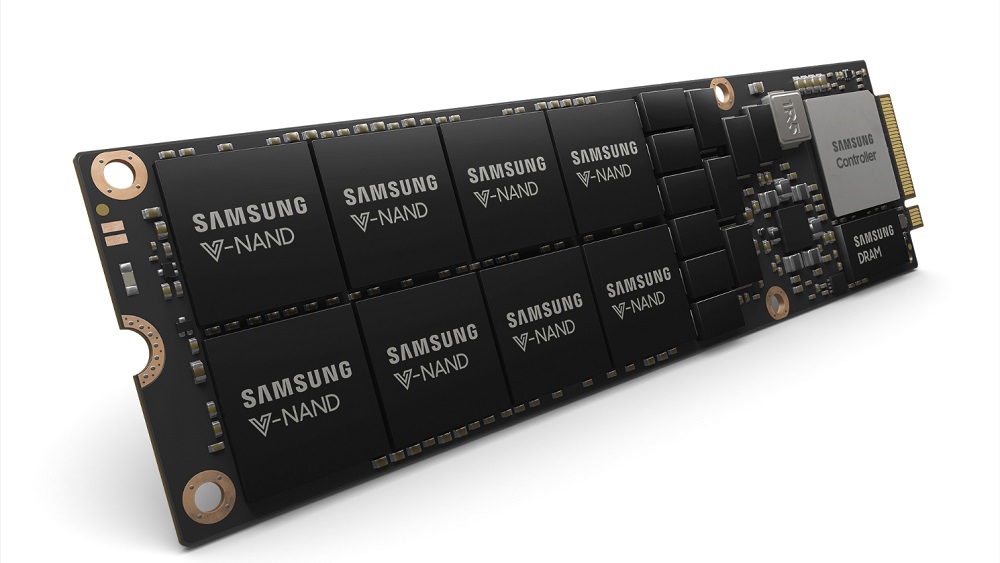 Samsung has come up with a way to cram 8TB of storage into a small, wafer-thin footprint that is just 110 mm by 305 mm in size. The memory controller on the new Samsung SSD is based on NVMe (Non-Volatile Memory Express) and supports PCIe 4.0, and uses the new NF1 form factor.

Samsung’s new SSD offers twice the amount of storage compared to other options in the market. These SSDs are commonly used in hyper-scale servers or high-end ultra-slim laptops.

The company is already offering 30TB+ enterprise SSDs, one may wonder why this 8TB NF1 SSD is better than them. The newer drives are built on the Next-Generation Small Form Factor (NGSFF, also called NF1). The NGSFF succeeds the current M.2 standard and offers the potential for much higher density storage arrays in a form factor that is smaller than conventional 2.5-inch drives.

The SSD’s endurance is rated for 1.3 drive writes per day (DWPD) and is backed by a three-year warranty. This is a shorter warranty than the typical enterprise-class drives offer.

The architecture of this NVMe SSD sports 16 of the Samsung’s 512 GB NAND packages, each stacked in 16 layers of 256-gigabit 3-bit V-NAND chips, to achieve an impressive 8TB density.

Samsung is heavily focusing this for enterprise server systems and data centers. It is expected to perform one million IOPS in a 2U rack space. These drives will be able to result in 3x the density within existing server infrastructures and will allow for a staggering 576 TB of storage space in 2U rack servers because of their NGSFF design, and hence would have an advantage over the typical ones being used in enterprise servers.

With enterprise servers in mind, it’s safe to say that these will add up to a significant return on investment for next-gen large-scale data centers, producing even faster processing for big data applications and future proofing them.