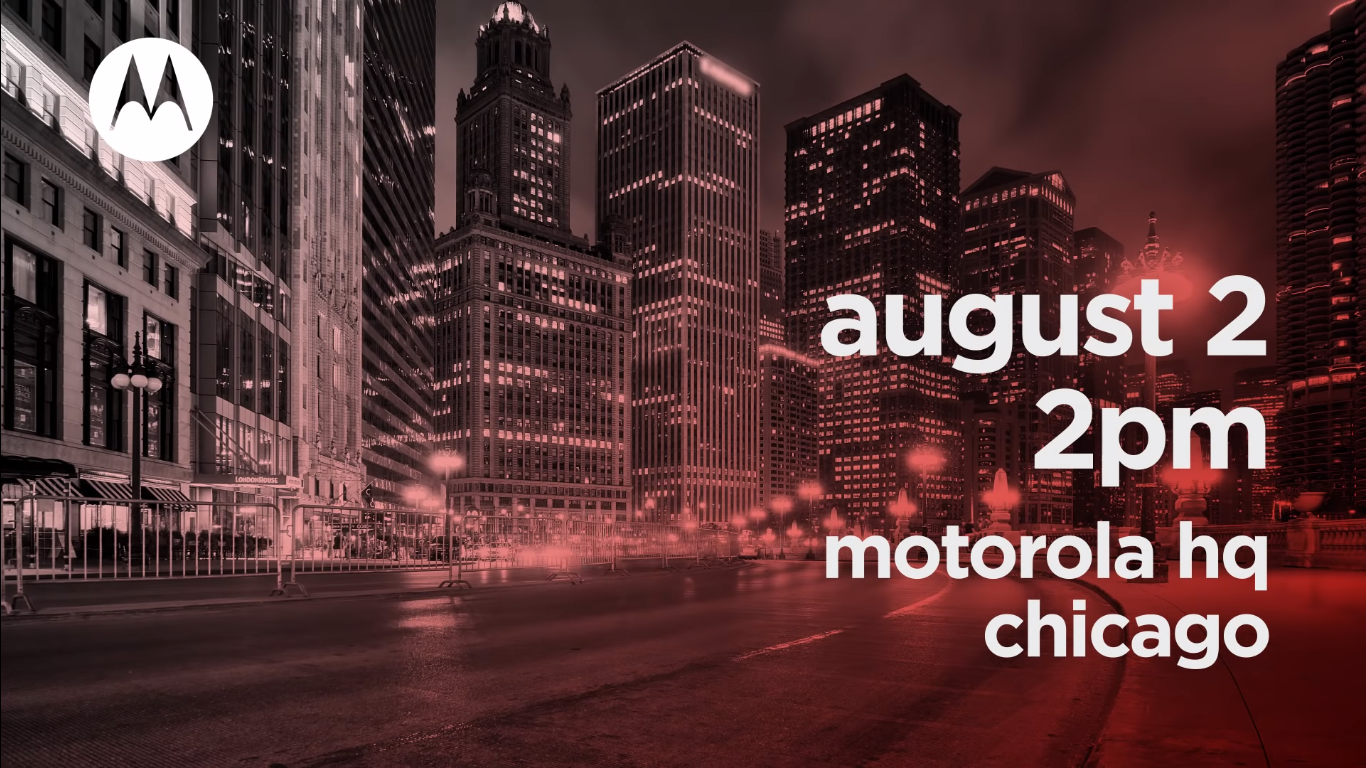 The mysterious event has got everyone wondering.

Motorola is hosting an event at its headquarters in Chicago on 2nd of August and they are going to be announcing something, as hinted by their teaser video on YouTube.

No other details have been provided by the company apart from a teaser. However, given the company has expected the fans to look out for “a whole new way to connect, stream, download, video chat, and more”. This hints towards a launch of a flagship phone by the company.

The 11 seconds teaser just displays the place, date and time. Here’s what the teaser looks like:

The rumors are that Motorola is planning to announce a new phone; either Motorola One Power or a follow-up to the Moto Z2 Force which is the Moto Z3 Force.

We know that the Moto Z3 Play is already official, but it’s not a Flagship instead it’s just an entry-level model in the Z3 family.