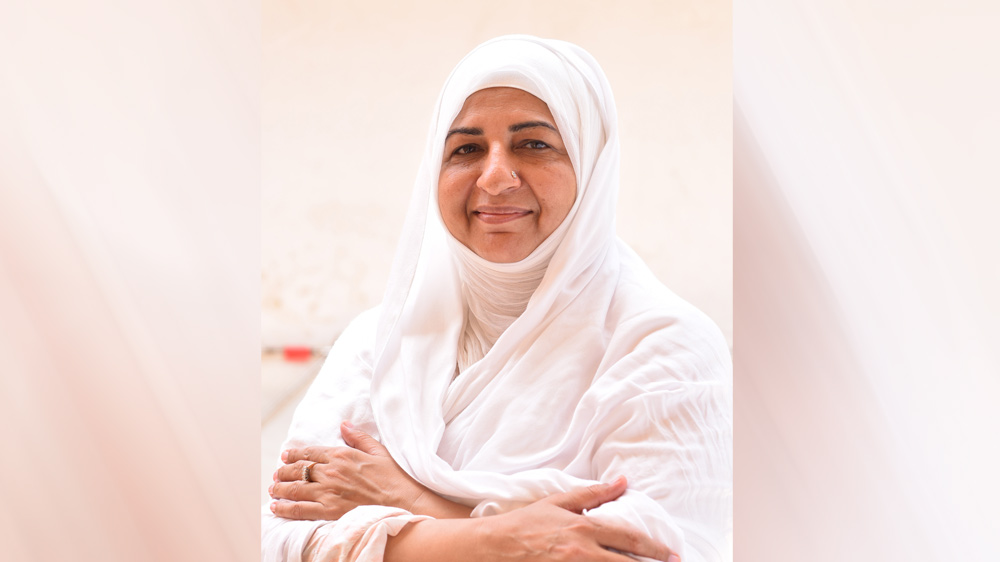 Farzana Shoaib – a self-motivated woman – is the founder and chairperson of Bint-e-Fatima Old Home Trust (BFOHT) , a shelter for women of all ages who wish to become their own caretakers. It is for this reason and many more that she was also Ufone’s choice as an exemplary role-model for commendable goodness.

Farzana and her children are dedicated to caring for the residents; this is something that both staff and residents of BFOHT were happy to clarify. Talking to some, they elaborated on their respective situations and how one woman has managed to positively influence their perspective.

Kashif – who is now the Financing Officer at BFOHT – spoke of his past in the corporate sector and how he did not like the change in environment here at first. It was very different from the companies he had worked at.

But after a period of adjustment, Kashif found himself to be “emotionally moved.” He grew attached to the residents and to their stories, coming to his own personal realizations. “Parents only need our time,” he stated, after a moment’s thought. “This time strengthens their minds, and when they are mentally strong, then physical strength will come like that,”

He has been at BFOHT since 2015, and believes that his views on family are continuously refined with time, through his interactions with the residents and through Mrs. Shoaib’s influence. Referring to her lovingly as “Ammi” – as most do – he recalls the time she came to him, earnestly advising him to move on to a (financially) better opportunity if it were to arise because she understood that, he too, has a family to provide for. At the same time she wanted to be open and apologetic about the fact that she could not increase his stipend despite his commendable performance. “But I chose to stay on,” he added. “Money isn’t everything.”

Shumaila Jackson, a professionally trained nurse, shares similar beliefs about her colleague. Working on a shift basis at BFOHT since 3 years, Shumaila said she has received offers to work full-time in a hospital or two. But she, too, wants to stay.

“I am so lucky to get the countless prayers I do from all the residents here. I don’t want to leave that. I have peace of mind here.”

When asked about Mrs. Shoaib, she too, had many compliments to offer. In fact, she laughed, relating how much she tells her family at home about “Ammi,” that they tease her to find another topic of conversation. “I learn something new each day from her,” said Shumaila. “And I’m happy where I am.”

While each person has very different situations, this contentment is something that staff and residents alike seemed to have in common. Syeda Bano, a resident since the past 11 months expressed with sadness how her family brought her here, but have not called or visited once. But despite that, Syeda has made a handful of good friends at the Home whom she likes to chat to and watch TV dramas with. Basically, she is making the most out of her situation and is thankful she has a place to stay and people who now care for her.

Likewise, Zohra, a resident for 5 years now, has had experience in other Homes, but was never satisfied, recalling how at times there was barely any water. Her family found BFOHT on the internet, and since then, have no regrets. Occasionally, Zohra spends a few days with them and then returns here to her home, where she feels very comfortable. She too, has made friends, but is happier spending a lot of her time upstairs with Mrs. Shoaib’s granddaughters. “I love children,” she smiles.

Mrs. Shoaib lives on the same premises with the residents of Bint-e-Fatima, choosing to remain in close proximity. “Our first condition is that we will all live together because that way we can care for them properly.”  She loves all as her own children, pledging her life to ensuring their care.

Ufone, under their Ramazan campaign ‘Bano Achai ki Misaal,’ chose to highlight and support the work of this admirable woman and her institution, even organizing an event hoping to create greater awareness. Kindling a spirit of generosity in others, the overall aim was to honor the values of kindness, sharing and charity with a glowing example of how one committed person can impact the lives of many by taking one initiative to grow into a large-scale outcome.