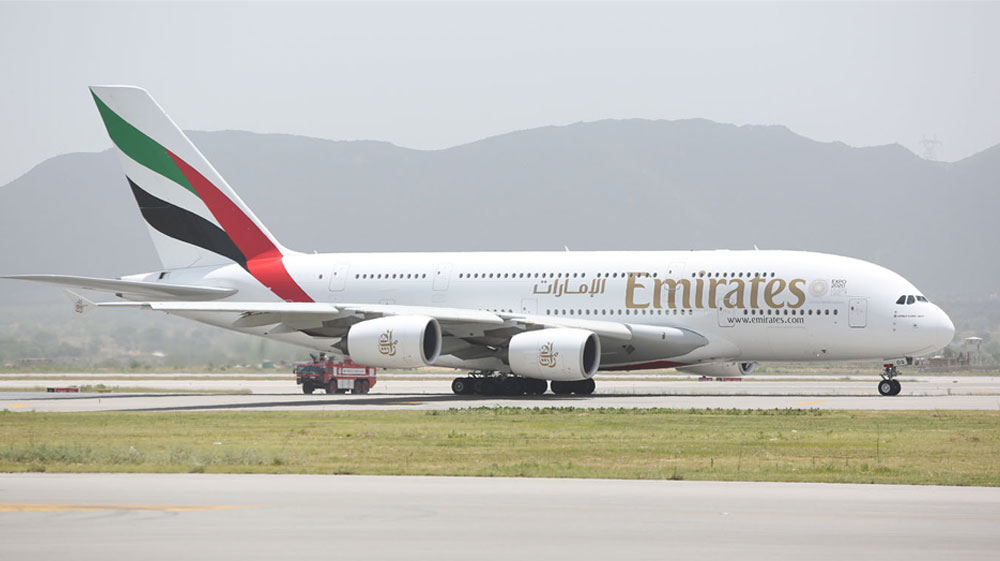 Emirates Airbus A380, the biggest passenger plane in the world, landed at New Islamabad International Airport on Sunday, marking the first time ever the iconic double-decker has made the flight to Pakistan. It was operated by a First Officer Qadir Moin, who’s from Pakistan, and Chief Pilot of Technical Operations Capt Abbas Shaban, who hails from UAE.

ProPakistani team did a comprehensive video tour of the flagship aircraft after the special flight landed in Pakistan, walking the audience through the economy and business classes of the passenger aircraft.

Emirates has officially launched a scheduled A380 service to Pakistan and it will soon be a reality, said Sheikh Majid Al Mualla, Emirates’ Divisional Senior Vice President, Commercial Operations.

With the introduction ofAirbus A380, Emirates operations in the country will be strengthened further and Pakistanis will be able to enjoy more luxurious passenger flights.