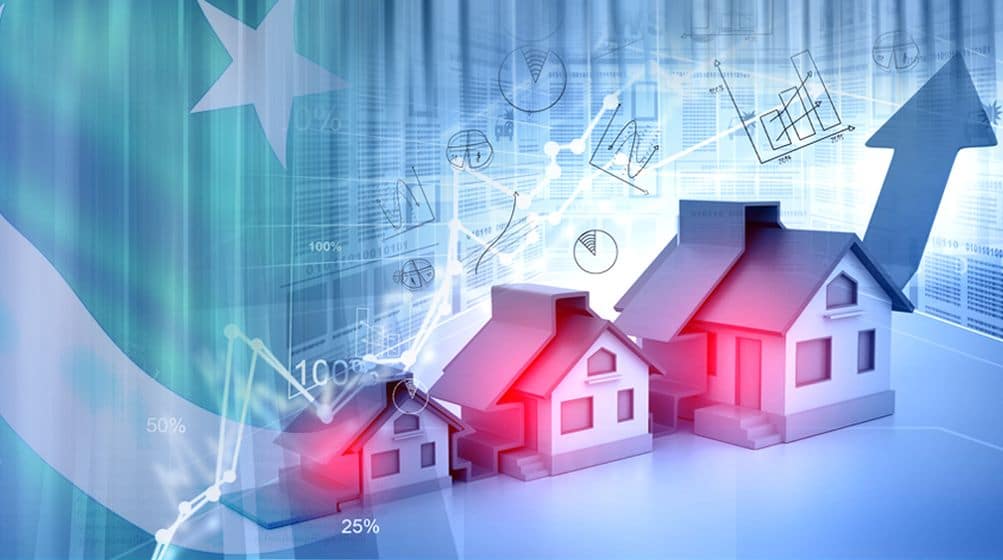 State Bank of Pakistan (SBP) has designed a policy to enhance the loan size of the banking industry, specifically for housing finance, from Rs. 83 billion to Rs.250 billion by end of 2021.

The policy aims to increase number of borrowers of housing finance from existing 68,000 to 200,000 by 2021, which will play a pivotal role to meet the need of public for purchasing houses in different cities of the country.

Under its plan, the central bank has formulated a policy on low cost housing is an attempt to resolve issues faced by the mortgage industry. The policy has been formulated keeping in view international best practices and local market conditions.

The policy constitutes of eight pillars that focus on regulatory incentives and mechanism to address the issue of affordability of low-income borrowers.

Accordingly,  the definition of low cost housing financing in Pakistan to be adopted as loan amount of up-to Rs. 2 million with the property valuing up to Rs. 2.5 million.

The maximum monthly income of a low cost housing finance borrower should be up to Rs. 60,000.

SBP will introduce a subsidized financing facility for low cost housing by providing liquidity to the financial institutions at subsidized rate. SBP will provide refinance up to Rs. 1 million or 50% of loan amount at a rate of 1% to banks/DFIs and the end borrower rate will be 5%.

The remaining 50% of the loan / financing amount shall be provided by the banks/DFIs from their own sources at fixed rate of up to 12% or variable rate of 1 year KIBOR plus risk premium up to 4%.

In this connection, the central bank will assign housing finance targets to banks with the instructions to make these targets part of the overall business plan and departmental targets.

SBP suggested tax incentives, by the Federal Government, to builders and financial institutions on income derived from low cost housing. 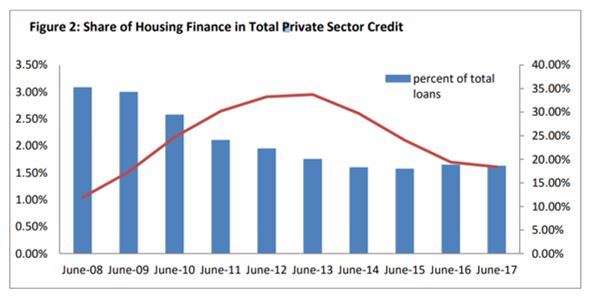 State of Housing Sector In Pakistan

Pakistan, like other developing countries, has been facing shortage of housing units; and this basic human need is felt more profoundly at the bottom-of-the-pyramid comprising of the poor and financially under-served segments of the society.

According to the 2017 census, Pakistan’s population has reached 208 million, which comprises of over 32 million households. Between 1998 and 2017, the country’s population is estimated to have grown by 2.4 percent on average annually.

Within the total population, urban population has grown much faster – posting a 2.7 percent average annual growth – and its share has increased to 36.4 percent from 32.5 percent in 1998. Certainly, growing number of households implies an increase in the demand for housing.

With supply growing at a modest pace, Pakistan is facing a serious shortage of housing units. Currently, the housing deficit in Pakistan is estimated at 10 million units. The shortage is more pronounced for urban population, which according to one estimate is facing a backlog of 3.5 to 4 million units. Making things worst, this quantitative gap is being aggravated by the depleting quality of existing housing stock.

According to the World Bank, a startling 46.6 percent of the urban population was living in slums in the year 2009. To put this number into perspective, the overall poverty rate in the same year was less, i.e. 36 percent; this suggests that not just the poor households, but low and moderate income households are also facing the brunt of shortage of adequate housing facilities.

While bridging the existing gap is already a daunting task, the housing shortage is expected to increase further in future. Consider this: Pakistan’s population has increased by 4 million per year over the last 19 years; if we assume a similar rate of increase going forward, then we have to gear up for an additional 600,000 households every year (keeping the average household size at the current 6.5). This compares quite unfavorably to various estimates of additional housing supply that range between 100,000 to 350,000 units per annum, implying that an incremental annual shortage of roughly 400,000 units seems plausible down the road.

At present, the formal financial sector has been failing to provide adequate and affordable housing finance to a large segment of the population. The combined volume of outstanding housing finance from banks and the HBFCL stands at around Rs. 83 billion currently, which is equivalent to only 0.5 percent of GDP. This ratio (referred to as mortgage depth) is low in comparison, not only to advanced economies but also to regional developing economies of India and Bangladesh. 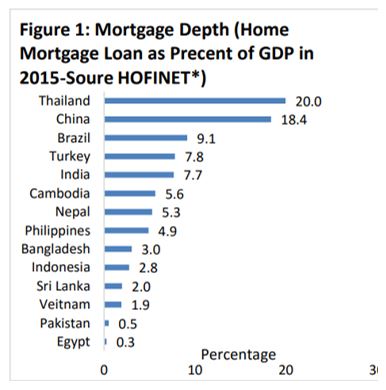 While quoting a survey of over 700 real estate firms, the concept paper of Pakistan Housing Finance Project of the World Bank suggests that 79 percent of such firms believe that acquisition and site-development regulations are the most important barriers in housing supply. The study also reports example of Karachi where different government agencies control 90 percent of the land in the metropolis and release portions with minimal or no coordination.

Having said that, while supply side has certainly fallen short of delivering up to the challenge, the demand side is equally responsible. Specifically, financing limitations and high cost of borrowing could not empower the lower-to-middle income segments of the society to afford housing. Nearly all of the urban housing shortage lies in the low-income segment of society.

This brings home the point that the formal financial sector in Pakistan has been failing in providing adequate and affordable housing finance products to a large segment of the population that may cater to its housing needs. Here, it is important to recall that the direct role of government in providing housing needs was downplayed following the adoption of National Housing Policy of 2001 whereby private sector was tasked to play a crucial role in housing supply.

Repeatedly, various housing schemes/programs have been announced under the public-private partnerships, but their effective implementation remained elusive. Thus, with real estate development remaining in private sector along with limited participation by the financial sector in providing affordable financing products, housing affordability in the country remains at low level.

In order to address this issue, SBP, in consultation with relevant stakeholders, has developed a policy for promotion of low cost housing finance in Pakistan.

For soliciting public comments, the draft of Policy for promotion of low cost housing finance has been placed on the official website of the SBP and can be viewed here.  The central bank sought comments of public and stakeholders within a period of fifteen days that will be considered before finalizing the policy.