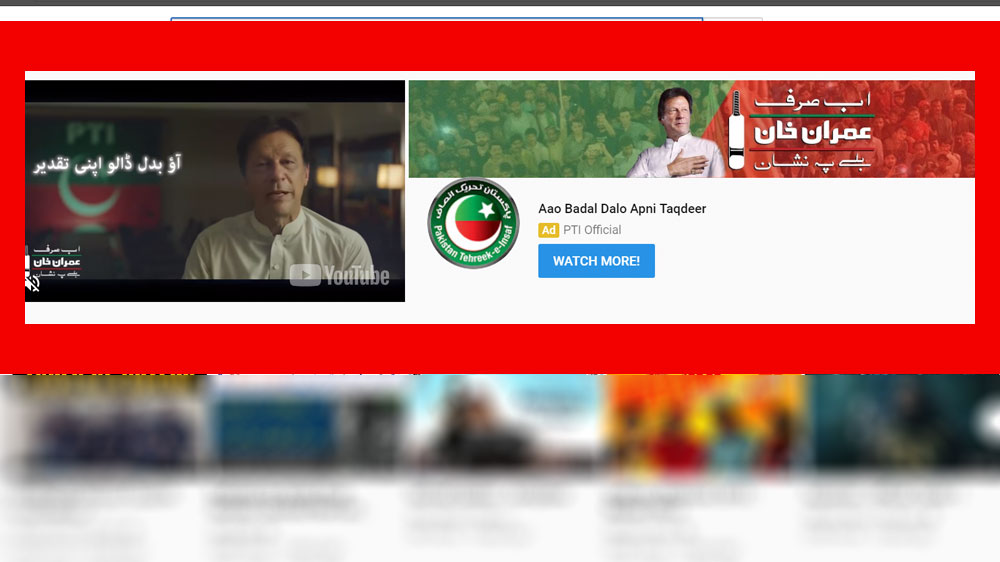 According to the Election Commission of Pakistan’s (ECP) guidelines for political parties, all media advertisements for the General Elections 2018 stopped at midnight yesterday.

However, eagle-eyed observers soon noted that Youtube’s masthead, one of the most premium places to advertise on the platform, was – and is – still showing PTI’s ad. Is it a violation of ECP guidelines or not? Let’s find out.

Considering the spirit of the law, it would have been far better if PTI has stopped its campaign on Youtube. While technically legal, it’s still a grey area and allows reactionary opponents to cry foul.

On its end, it’s high time for the ECP to include online platforms in its guidelines. Something to ponder for the General Elections 2023, we suppose.