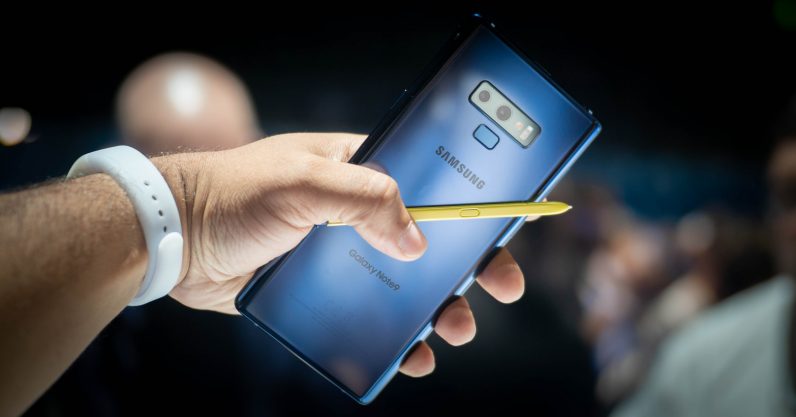 The Note 9 looks mostly the same but brings major improvements with the S-Pen, cameras and a bigger battery.

By Bilal Hakim and Haamiz Ahmed

The smartphone that we have been waiting for quite a while is finally here. Meet the Samsung Galaxy Note 9, featuring beefed up hardware and battery and pretty much the same design from last year. 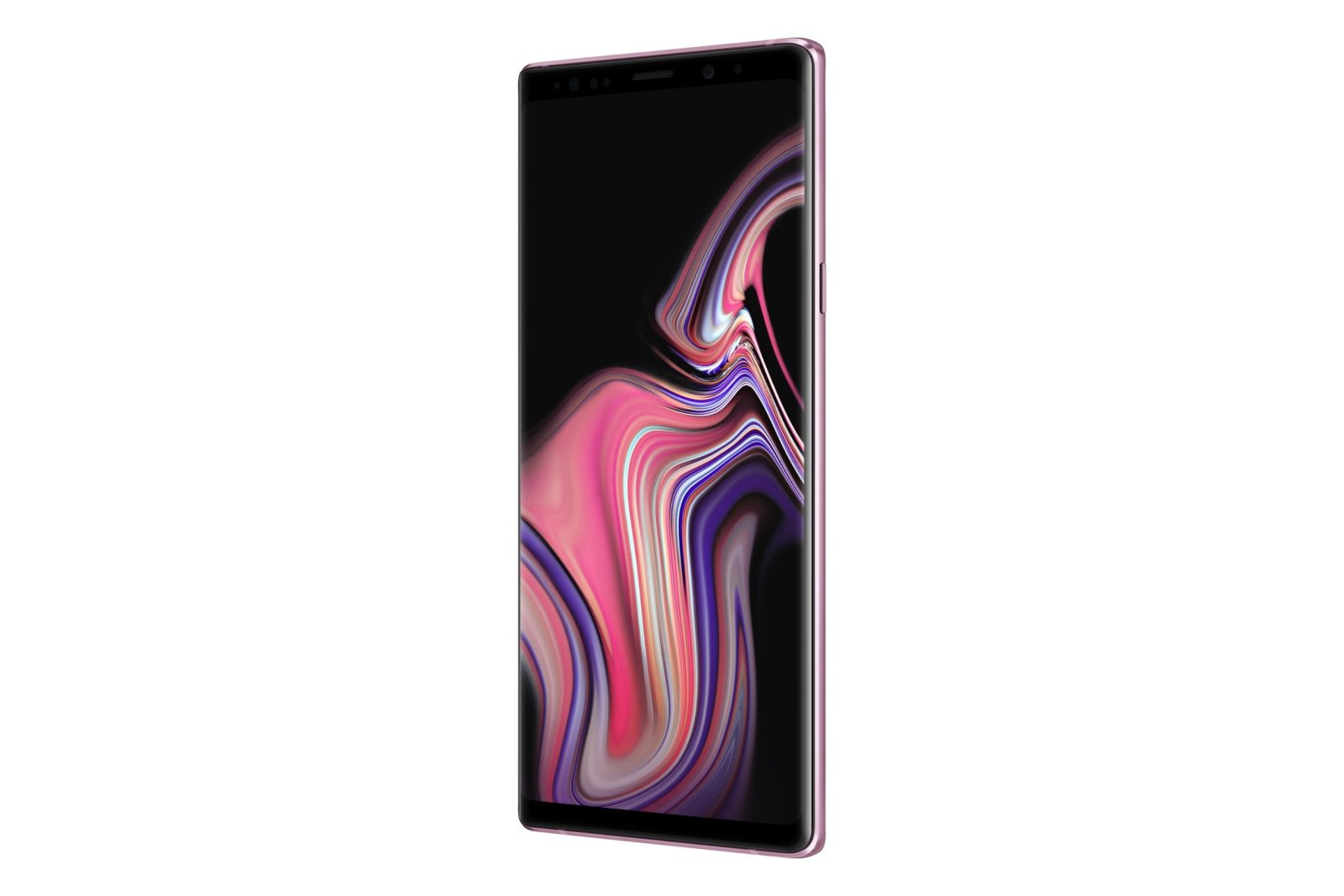 As rumored, the design hasn’t changed a lot over the Note 8. It still features the same glass sandwich, rectangular-ish form factor with a huge display up front. At first glance you probably won’t be able to tell the difference between the two. 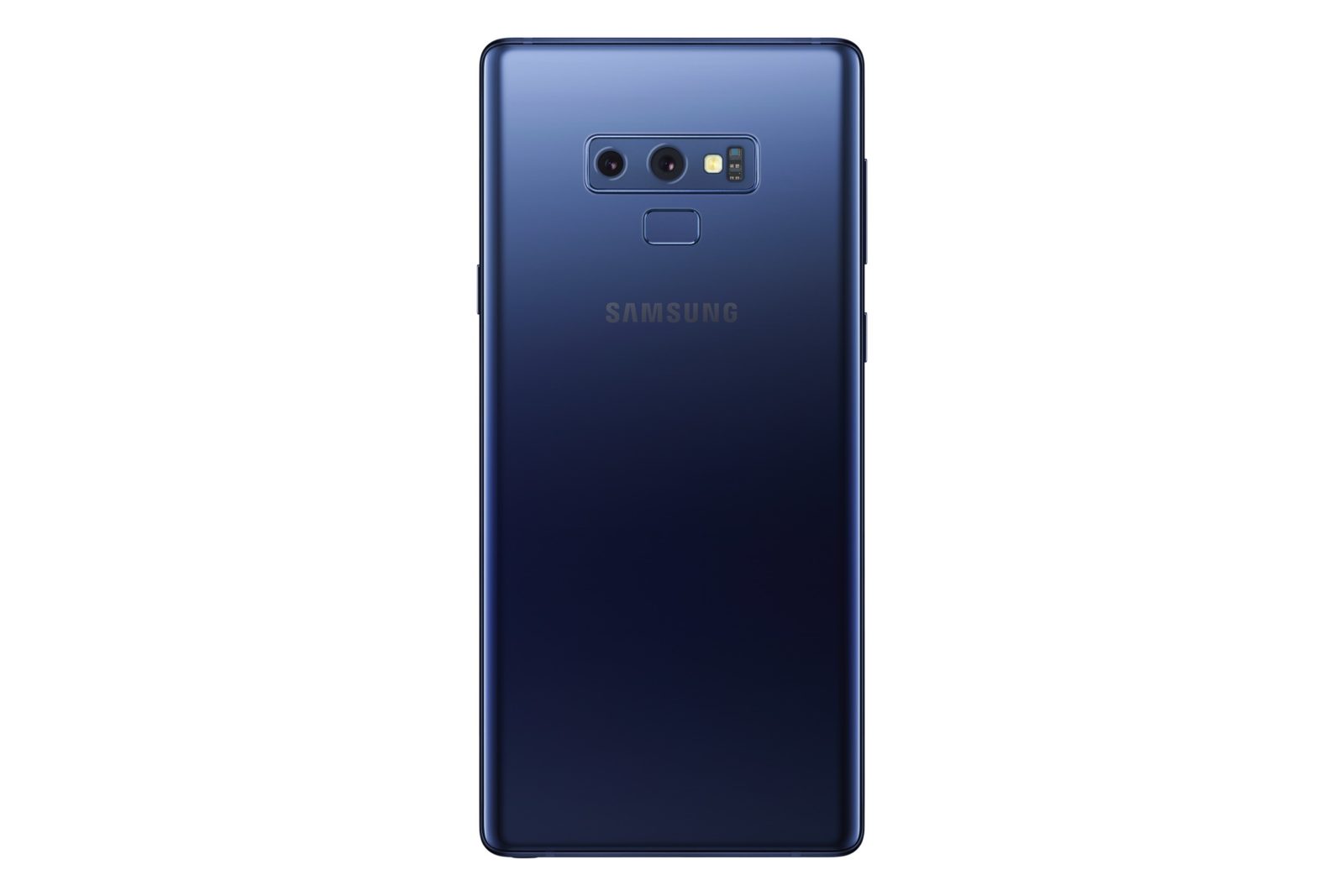 Another difference which you won’t notice at first glance is the different metal frame on the Note 9, it has a matte finish now and is more grippy, which is a major plus. The IP68 water and dust resistance rating is carried over from last year.

Oh and you still get the 3.5mm headphone jack. 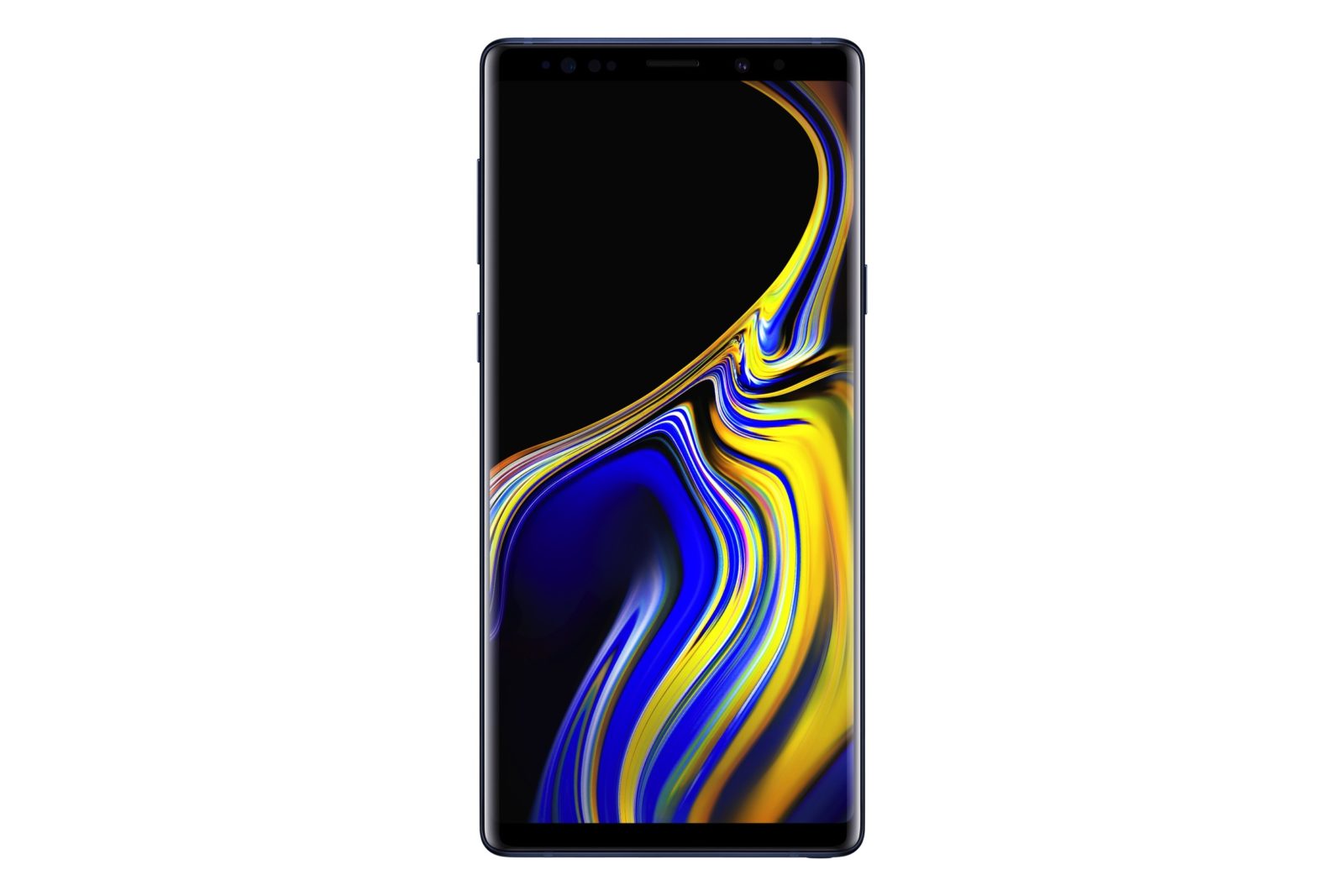 The screen size is now a 6.44-inch Super AMOLED panel with Corning Gorilla Glass 5 on top, which is more bright this time around for better outdoor visibility . It has the same Quad HD+ resolution (2960 x 1440) coming at 514 PPI pixel density.

The Note 9 sees its biggest improvement over Note 8 in the performance department, boasting some pretty impressive specifications.

With the latest in the Note series, you get Samsung’s Exynos 9810 processor in some regions while in other regions you get the Qualcomm Snapdragon 845. You get two RAM options this time, with 6 and 8 GB.

With storage you no longer get a 64 GB variant, the Note 9 now starts at 128GB as well as a massive 512GB variant. There’s still a memory card slot on board if 128/512GB of storage is too low for you. With that you can amass upto 1 TB of storage on the Galaxy Note 9!

For the cameras, at the back, you get a 12+12 MP setup with one of the lenses offering f/1.5 and f/2.4 variable apertures, while the other one is fixed at f/2.4. This is exactly the same as the S9+, mind you. Like the S9+ it also allows you to switch between the two apertures, depending on the conditions you are shooting in.

Samsung has promised 30% noise reduction with the Note 9, and it also gets scene detection (which Sony has been using for quite a long time now) as well as flaw detection. The Note 9 can tell if the camera lens is smudged or if someone blinked during your shot. It’ll notify you directly from the camera app if there was a problem with your shot, letting you shoot another one right in the moment.

The 960 fps super slow mo is also still there, with smart detection (automatically records in slow mo at the right time).

The front camera doesn’t always get much attention. This year it’s still the same 8MP sensor as last year. That’s not to say that is bad, the Note 8 performed great and the Note 9 will also (hopefully) produce good results from the front facing camera. 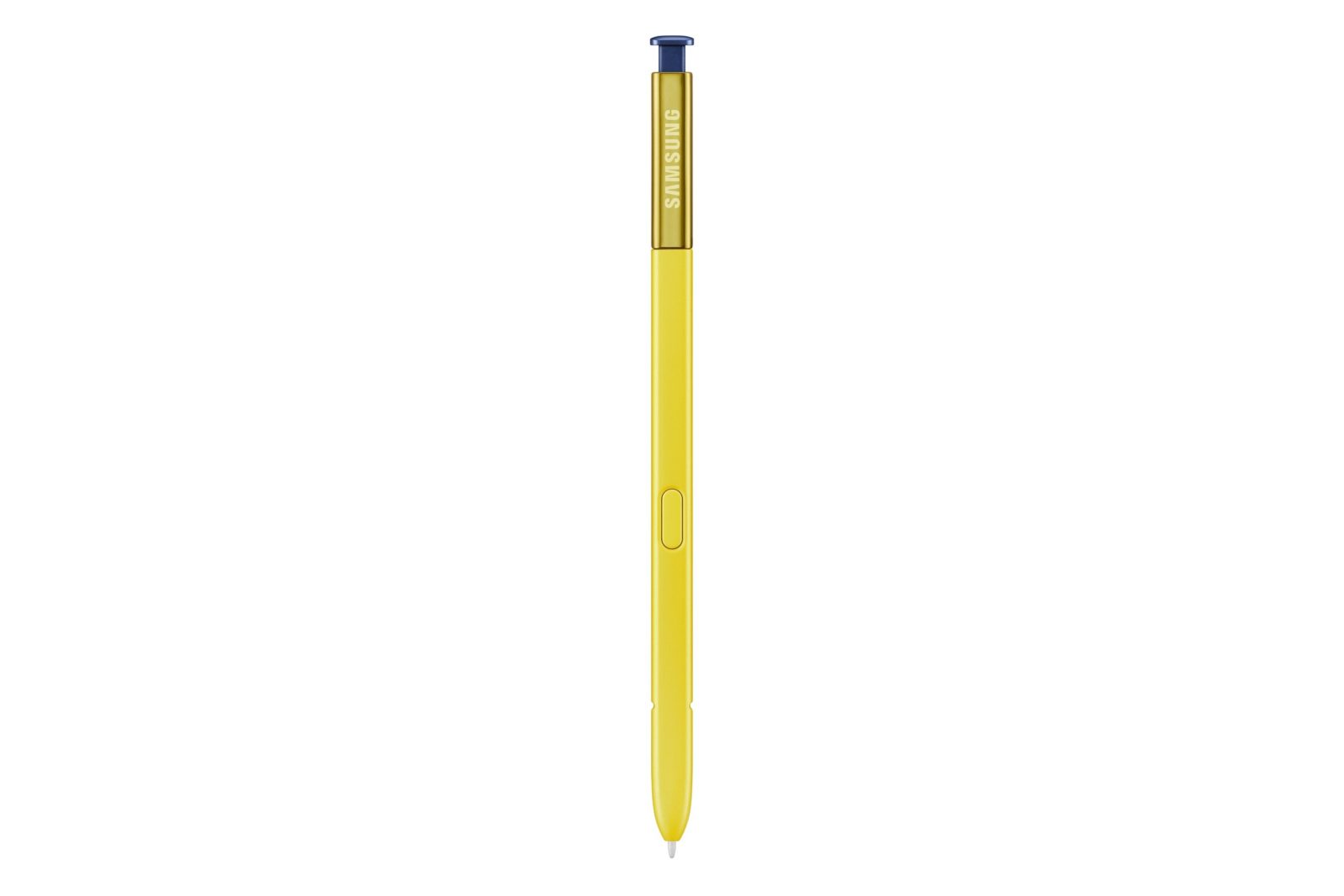 The S-Pen sees some major improvements this year and is probably the most functional S-Pen ever. It now houses a capacitor which charges up within 30 seconds, letting you use its new clicking features for 40 minutes. Even if it’s not charged, the regular S-pen features (like on the Note 8) still work normally.

It detects a short press, long press or double press on the button for different functions. It can be used with a camera, the short press acting as a camera shutter and a double press switching between front and back cameras. It also connects with DeX, but more on that later.

It is now powered by Bluetooth LE (low energy), with a 10 meter range. It also gets the same IP 68 water and dust proofing as the phone (which is necessary, given the charge-able capacitor and bluetooth in the new S-Pen), props to Samsung for that.

Samsung will also release an SDK for third party app developers, so expect to see some apps in the future using the S-Pen’s new functions. Snapchat (taking Snaps) and YouTube (play/pause) already work with it.

Last year, Samsung introduced a dock for connecting your phone with a display (going into full desktop mode) as well as a mouse and keyboard. This year, Samsung is ditching the dock for a single HDMI connector for ease of use.

You can use it with the S-Pen to control powerpoint presentations. You can also use your phone independently to send texts, use apps etc while connected.

Another thing Samsung announced today was that DeX also works with the previously announced Tab S4 (2018).

While the Note 8 managed to hardly get you through the day on its smaller battery, it was not enough for most users. This was due to Samsung reducing the battery size for Note 8 after the Note 7 fiasco.

So, this year we see an upgraded, larger 4,000mAh battery which Samsung claims has gone through various testing procedures to ensure that it’s safe to use and won’t fail under normal circumstances. Samsung says that it will last you through a day of use easily, we’ll see how it holds up once we receive a review unit.

No pre-order or release date has been announced for Pakistan yet, we’ll update you as soon as it’s announced.