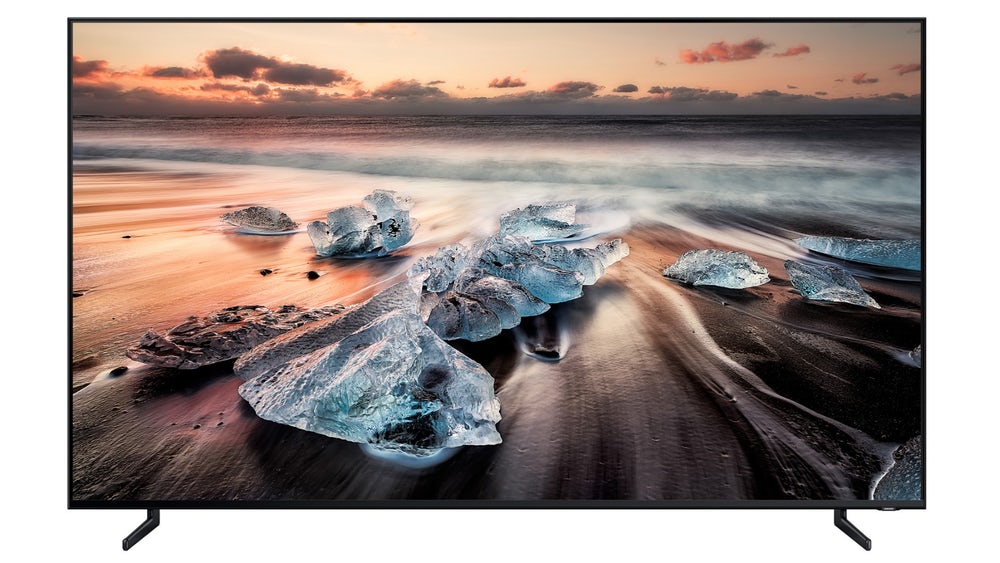 After months of anticipation and demonstrating concepts, Samsung is finally taking the covers off of its first range of 8K QLED TVs that’s meant to actually be released in the near future. The QLED TVs will be launched in 65″, 75″, 82″ and 85″ sizes.

The flagship here is undoubtedly the Q900R, supporting HDR10+ which automatically optimizes content for brightness and contrast and up to 4000 nits (!) of peak brightness.

The TVs will come with a Quantum Processor 8K, which can upscale any content to 8K resolution, and does it well if reviews are to be believed. That could be one of the biggest features here, as 8K content is difficult to come by right now.

There’s also support Direct Full Array Elite which offers better image quality but with a slightly bigger footprint compared to edge-LED lighting, though, the number of dimming zones isn’t known. Previous QLED TVs were said to have 22,000 of those. We expect something similar of the QLED TVs here.

The TVs use a single HDMI 2.1 connection to handle the enormous amount of 8K data and they need just one wire for both data and power. Content suggestions can be given by a built-in Universal Guide, while SmartThings can give you relevant suggestions (whatever that means).

The Ambient mode, one of Samsung’s Lifestyle features, can display a work of art, background wallpaper or information like the news and weather when you’re not watching something on it.

The TV will be put on sale next month, however, pricing details are still not known. In the past, similar TVs have easily cost north of $10,000 so expect similar things here.