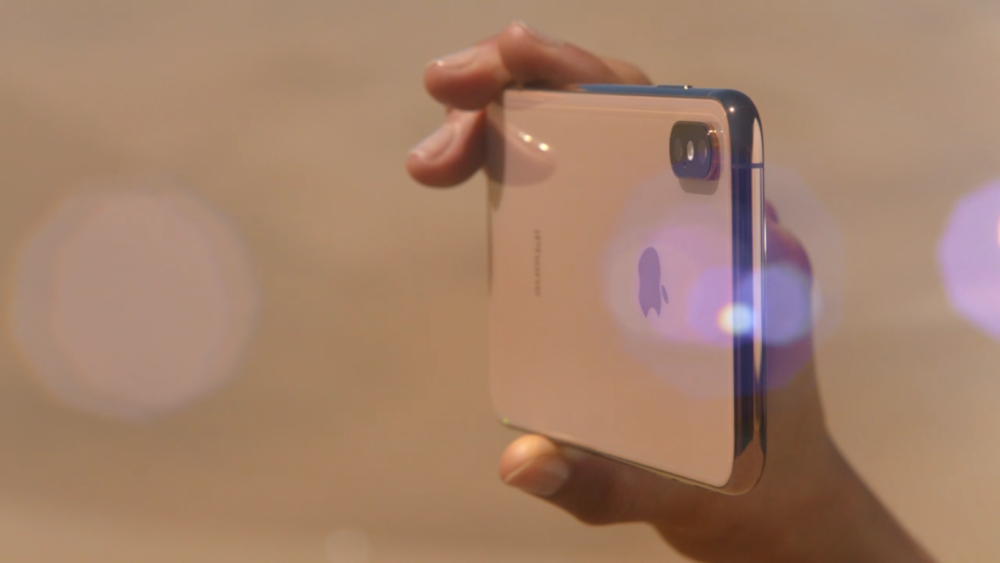 Not surprising, given Apple’s gigantic profit margins and next to no R&D.

Every year, following the release of the latest iPhone, we roll out a list of components and their individual cost showing how much they actually cost to build. For this year, we’re looking at the iPhone XS Max first, the most expensive iPhone ever.

And according to TechInsights, the 256 GB Apple phone costs around $443 to build, when you sum up the cost of components together. Compare that with its cost in the market, which is $1,249, or a whopping $806 higher than what its parts cost. 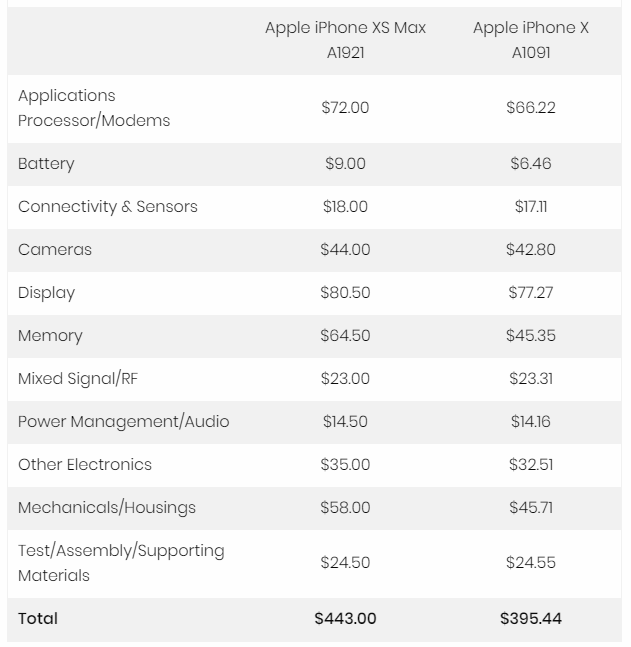 As you’d expect, the bulk of the cost comes from the display, which costs slightly more than last year at $80 (last year’s cost $77). This is despite it being bigger than before. Apple saved a bit, $10, by removing some components associated with 3D Touch, which helped keep the costs slightly lower.

Next is the processor/modem unit, which costs $72, $6 more than last year. The A12 Bionic is the first mobile processor to be built on 7nm, so that’s expected.

Storage costs $64, though, as we told recently here’s where Apple makes a bulk of increasing returns for a not-so-much increase in cost. The camera setup is next at $44.

The RF antennas are cheaper than last year, though, pretty much every component is more expensive than it used to be last year.

Naturally, the cost only includes that of components needed to manufacture the phone, and not secondary ones such as supply chain, after-sales support, etc.

Still, the hefty profit Apple makes is clear as ever, with the phone starting at $1099 for the base model and $1249 for the 256 GB variant which was tested here.