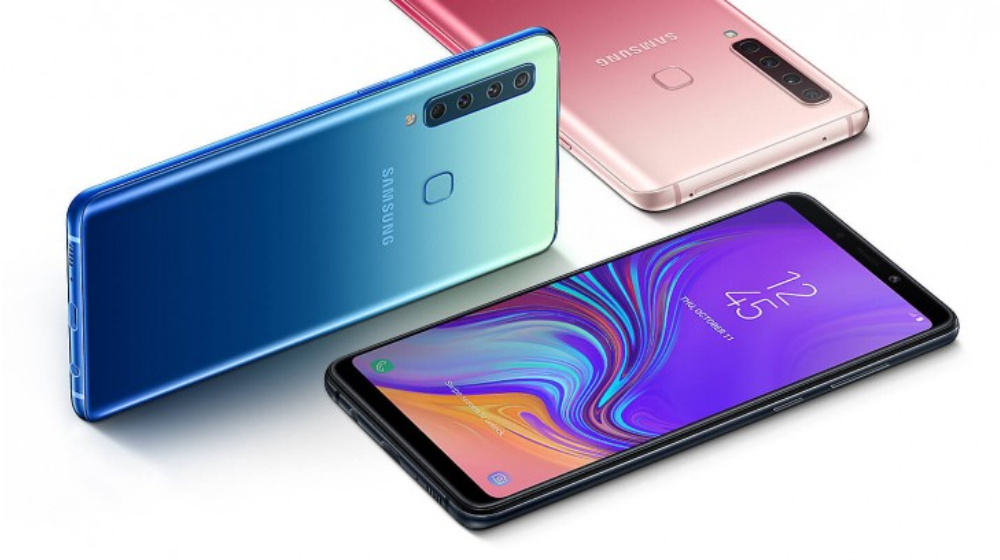 That’s a lot of cameras.

Samsung has just unveiled the world’s first smartphone with four rear cameras. The Galaxy A9 (2018) is real and alive.

Just when we thought the world had enough rear cameras after Huawei launched the P20 Pro, other companies decided to take things a bit too far. Apparently, four cameras on the rear might still not be enough, according to Nokia, a “good” flagship smartphone needs at least five.

Samsung already launched a three-camera phone A7 (2018), which is one of the few of its kind.

It’s still a contentious subject, because a number of smartphones, especially the Google Pixel series, are doing just fine with single or dual cameras.

For some, the four-camera A9 might just be another flashy overkill. To find out whether or not you’ll need that many cameras in a smartphone, keep reading below. 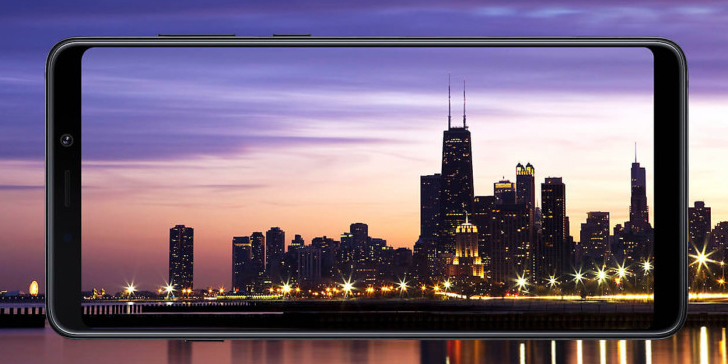 The design is nothing fancy but it’s premium enough because of its glass back and 3D curved edges. The color options look expensive enough for A9 to pass as a luxury smartphone.

Samsung’s A-series is usually pricey so it should at least look the part.

The fingerprint sensor is on the rear, right beside the first-of-its-kind quad-cam vertical array. Unlike Huawei Mate 20’s design, or Lenovo’s for the Z5 Pro, the four-cam arrangement is done in a straight line instead of a 2×2 square. 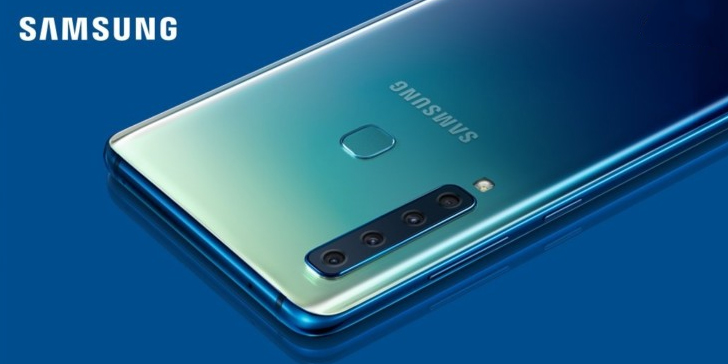 The display is a decent Super AMOLED unit, Samsung’s specialty, boasting a 1080 x 2220 (FHD+) resolution. No notches on this one, which is why the aspect ratio is a tall 18.5:9. The overall screen measures 6.3-inches diagonally.

Moving on to the internals, the A9 (2018) has an older Snapdragon 660 processor, and an Adreno 512 GPU. In the high-end midrange segment, you’d expect at least a more recent Snapdragon 710 from a phone with “revolutionary” cameras. It could have made good use of the 710’s inherent AI photography features for better photos.

Unfortunately, Samsung is sticking to a more classic approach instead of taking notes from its Chinese rivals. Anyway, the RAM size comes in 6 or 8GB, with only one internal storage option of 128 GB.

Luckily, it has a microSD slot that can expand the phone’s storage by up to 512 GB.

Now let’s talk about what the phone is all about. Galaxy A9 (2018) is the first phone to have more than three cameras on the rear.

We don’t know yet whether it’ll be able to beat flagship cameras, especially the P20 Pro, but the set up looks promising. It is more like a complete package, that does not miss out on most hardware features. 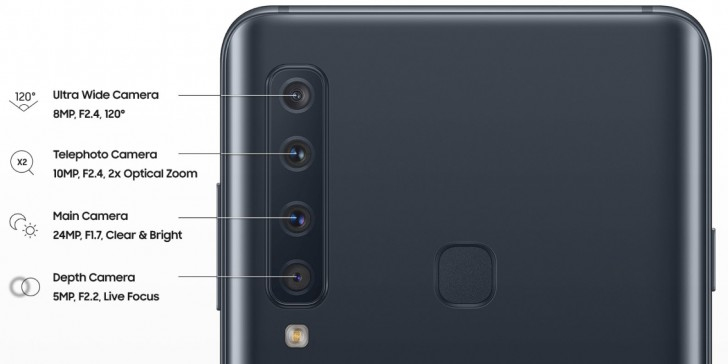 The A9 gets optical zoom, a dedicated ultra-wide lens, a separate depth sensor for bokeh effect, and a large primary camera to shoot a detailed main image.

The set up has:

That’s a lot to remember if you are planning to buy the phone. But simply put, you’ll do most of your photography with a 24MP lens, but to take occasional zoom shots or wide-angle shots, the phone will simply switch to another lens. The depth sensor just works with other lenses for portrait mode and to add that sweet bokeh effect.

The software is going to be Android 8.1 Oreo out of the box, running Samsung’s Grace UX on top.

Galaxy A9 (2018) will be hitting a selected few markets next month and will get launched in Pakistan soon. Pricing has not been revealed yet.

We’ll do a hands-on review on this one in a while, and see whether the phone is worth buying or not, so keep watching this space.