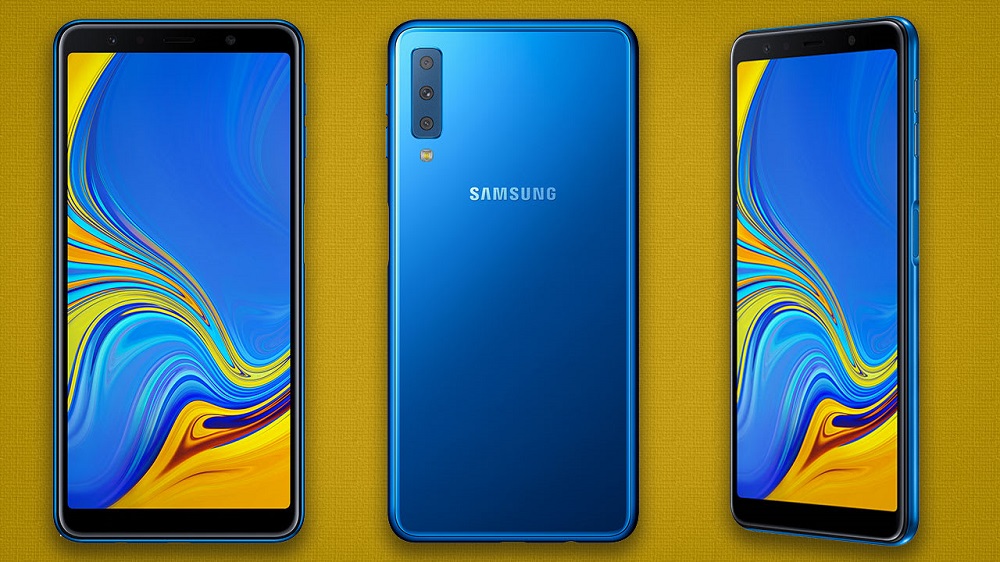 The first Samsung phone to have a triple rear camera setup.

If you were waiting for a Samsung phone that rivals the Huawei P20 Pro in cameras, you won’t have to wait any longer. Meet the Samsung Galaxy A7 2018 with three rear cameras, the first ever Samsung phone to have them.

The A-series has been reserved for Samsung’s upper mid-range forays, featuring tech trickling down from the flagship S-series or the Note series. Not anymore. With the A7 2018, Samsung is introducing new features that haven’t been seen on Samsung phones before, which is out of the norm. 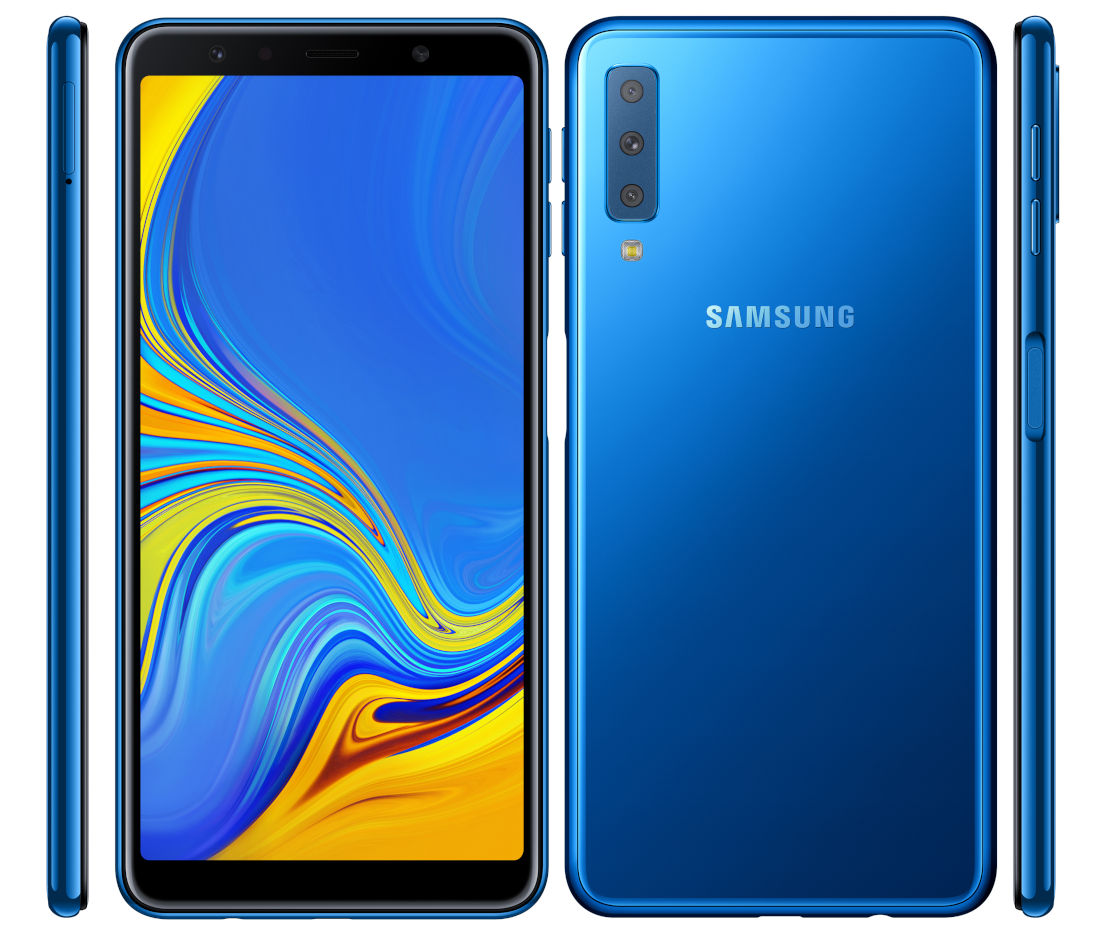 For a mid-range phone, the Galaxy A7 does look good. It comes with a metal build, a mostly-screen front-panel, and four color options: Black, Blue, Pink and Gold.

The display is a large 6″ Super AMOLED panel, with Full HD+ resolution and a 18.5:9 aspect ratio. There is an unspecified version of Gorilla Glass protection on board, as well as minimum bezels. The fingerprint scanner has been placed on the right side on the power button.

Given the camera-oriented presentation, it is plausible whether Samsung forgot to tell which processor runs the phone, because that’s exactly what happened. All we know is there’s an octa-core chip clocked at 2.2GHz.

At the back of the phone sits a three-camera setup, easily the star of the show. There’s a main 24 MP lens with autofocus and f/1.7 aperture, followed by an ultra-wide 8 MP f/2.4 lens. Finally, there’s a depth-sensing 5 MP f/2.2 fixed-focus lens.

The front of the phone also comes with a 24 MP f/2.0 lens. At least, on paper these are intriguing specifications.

Battery capacity is set at 3300 mAh, though, fast-charging wasn’t mentioned. Pricing for the Galaxy A7 (2018) starts at $410 when it goes on sale next month. The phone will be available in India tomorrow, no word on a release date for Pakistan.