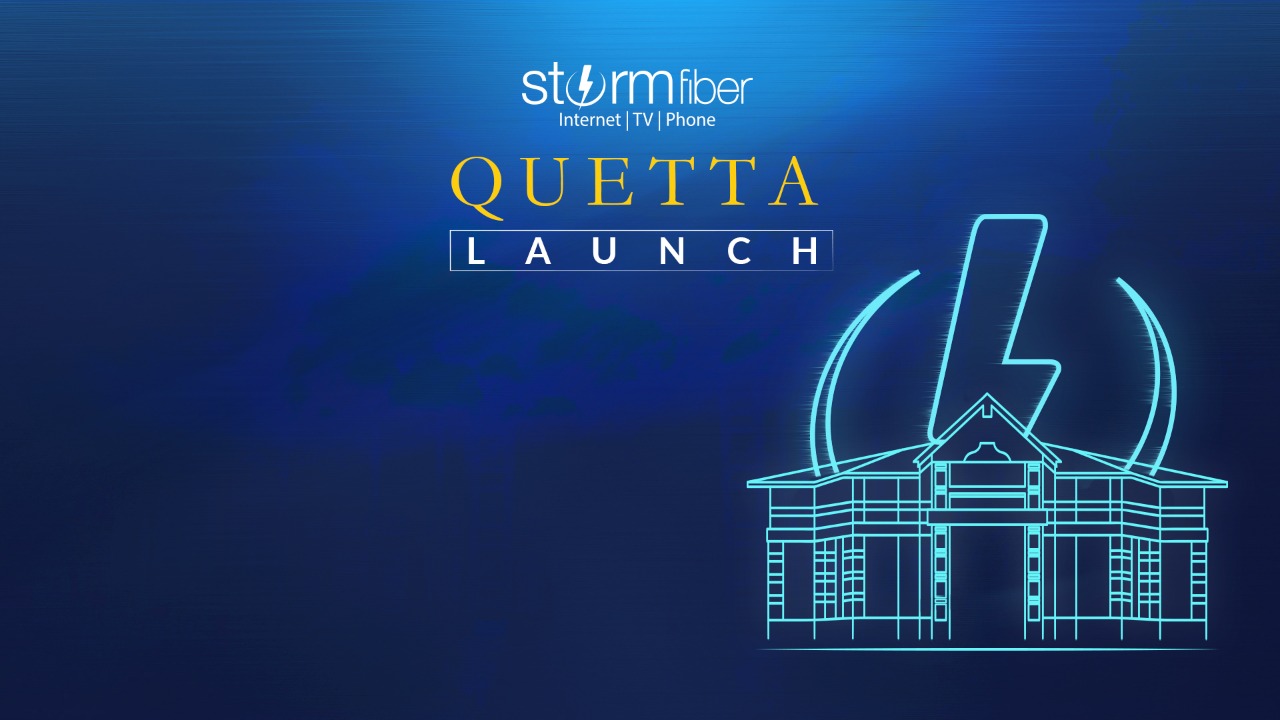 Quetta is the seventh city to be added to StormFiber’s coveted Fiber To The Home (FTTH) network, joining the ranks of Karachi, Lahore, Multan, Hyderabad, Faisalabad and Peshawar.

This is the fourth city to be energized by StormFiber within the span of a year, following launches in Multan and Hyderabad in July. StormFiber announced its launch into Quetta, the provincial metropolis of Baluchistan, at an event organized at a local hotel with Senator Naseebullah Khan Bazai joining the event as its chief guest.

Popularly regarded as the “Fruit Garden of Pakistan” due to its numerous fruit orchards, Quetta is a small provincial metropolis, where the city and cantonment are striving to catch up with the pace of national urbanization. With students of the province flocking to Quetta for education, entrepreneurship is on the rise in the city, academic institutions such as BUITEMS and University of Baluchistan initiating programs to encourage such endeavors.

Access to reliable high speed internet will bolster the city’s struggle for development, spurring growth in all sectors. Ultra-fast and stable broadband service being an important catalyst for economic development in the modern era, the introduction of fiber-based gigabit internet connectivity of StormFiber (backed by Cybernet) will help Quetta to bridge the digital infrastructure gap and bring it on par with other global metropolitan cities. To further these national interests, StormFiber aims to deliver consistent internet services on FTTH infrastructure, along with HD television and crystal-clear voice services as it continues its expansion throughout Pakistan.

Senator Naseebullah Khan Bazai expressed his thoughts: “Fiber optic broadband internet access paves the way for opportunity and economic growth, allowing technological innovations prevalent in the more urbanized regions. StormFiber’s FTTH infrastructure will help fuel the economic engine of the province as a whole, making everything from telemedicine to remote workers a reality. Already, high speed broadband has been a contributing factor in the revitalization and development of urban cities throughout the developed world and we hope to leverage the same for our province as well.”

Speaking at the event, Mr. Fawad Yousuf Laher, Managing Director, StormFiber said “Our team set out nearly a decade ago with the vision to bring highly stable, ultra-fast broadband through fiber optics to every city in Pakistan. It’s high time that our people experience quality of life at par with that in developed countries, particularly when it comes to basic necessities such as the internet, which is instrumental for intellectual, social and economic development.”

Mr. Maroof Ali Shahani, Chief Operating Officer, Cyber Internet Services highlighted the impact of increased fiber broadband penetration on the GDP of countries, concluding “that both types of infrastructure – highways for transport and highways for information technology –carry equal importance on the road to economic development. A better-connected Pakistan translates to an increase in GDP, an increase in overall tax collection, improvements in the standard of living, and empowers vital facilities such as education, entrepreneurship and digital exports including software related outsourcing. In this effort, the role of government is vital, for ministerial and regulatory support encourages private sector to invest in technological interventions in the country with the aim of sustenance and social impact for the citizens of the country”.

He further added: “The vision of our management is grounded in the patriotic spirit of Pakistan, where we have always strived to make the entire country well connected. Baluchistan as a province, and Quetta as a city have not received the significance that they deserve. Despite being the largest province of Pakistan and the trade centre between Pakistan and various other countries, the intellectual and resource capitals have not been utilized to their core potential. Our idea of stepping into Baluchistan is to ignite the spirit of growth and prosperity, paving a way for the people of Baluchistan to enhance their standards of living. We believe that stepping in Quetta with our brand will mark as a milestone in this journey, and we aim to bring this city’s growth at par with not just the other metropolitan cities of Pakistan, but even with international cities like New York, London, Seoul and Beijing” 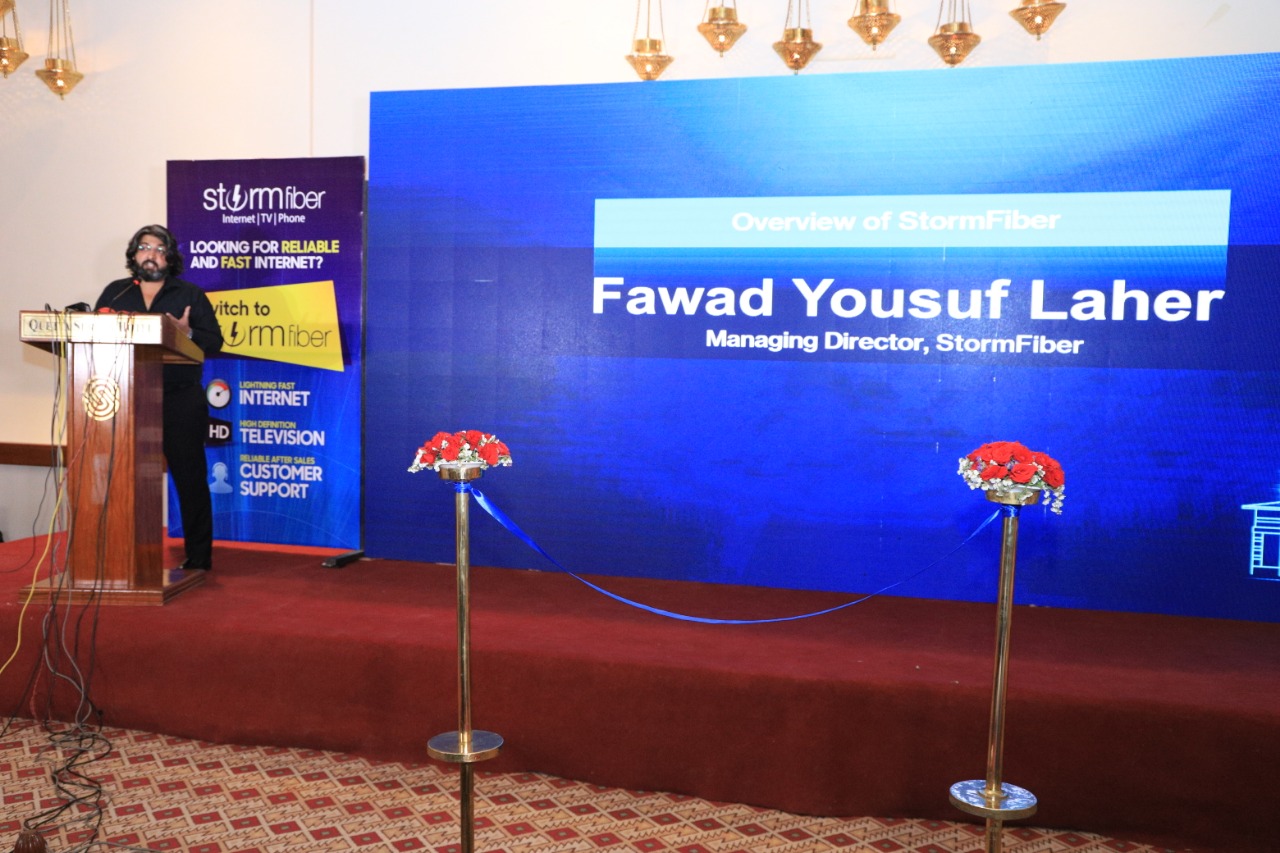 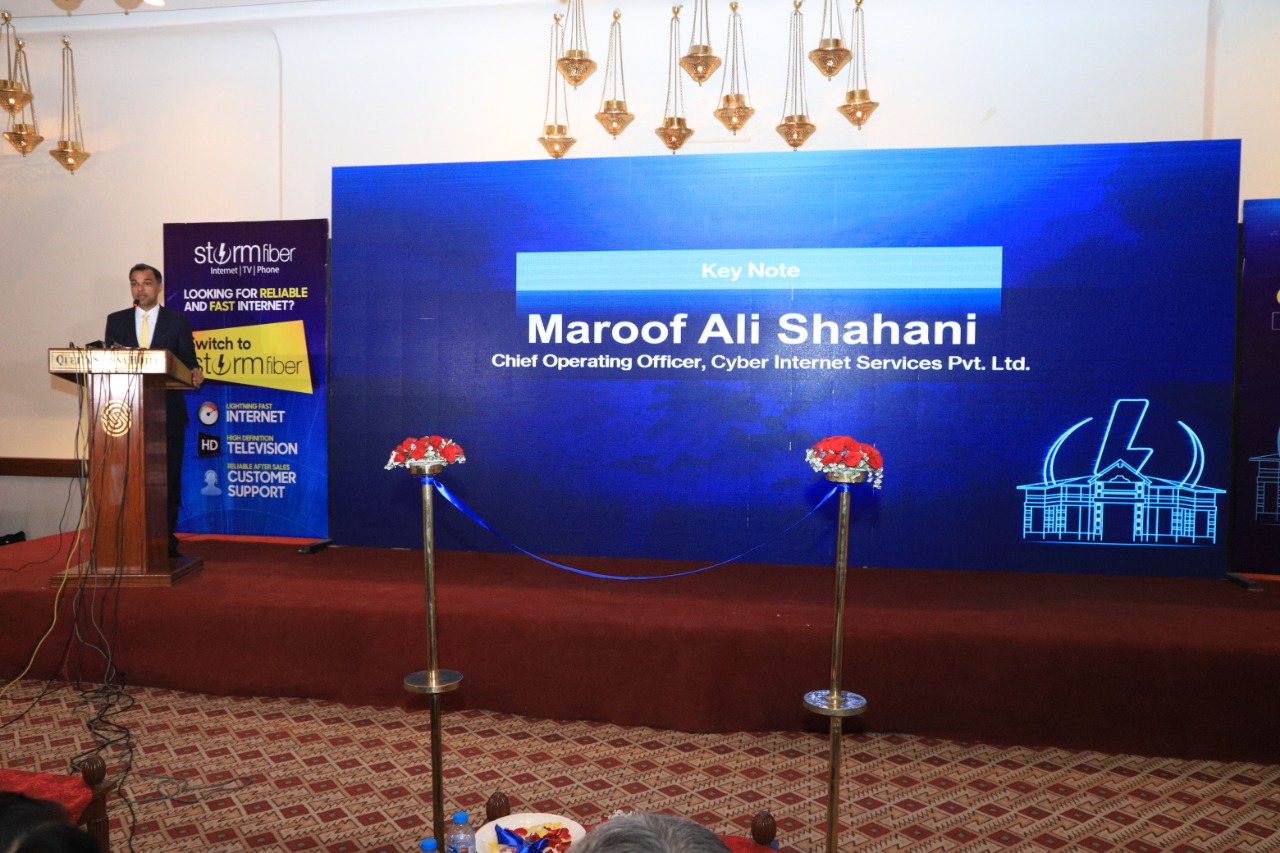 StormFiber has entered Quetta with coverage in the following areas, intending to extend its reach into other parts of the city soon.

Sources report that StormFiber’s FTTH services have been well-received during its soft launch in the city.

The company is eager to bring fiber broadband and triple play services across the country, already working to accelerate further launches.