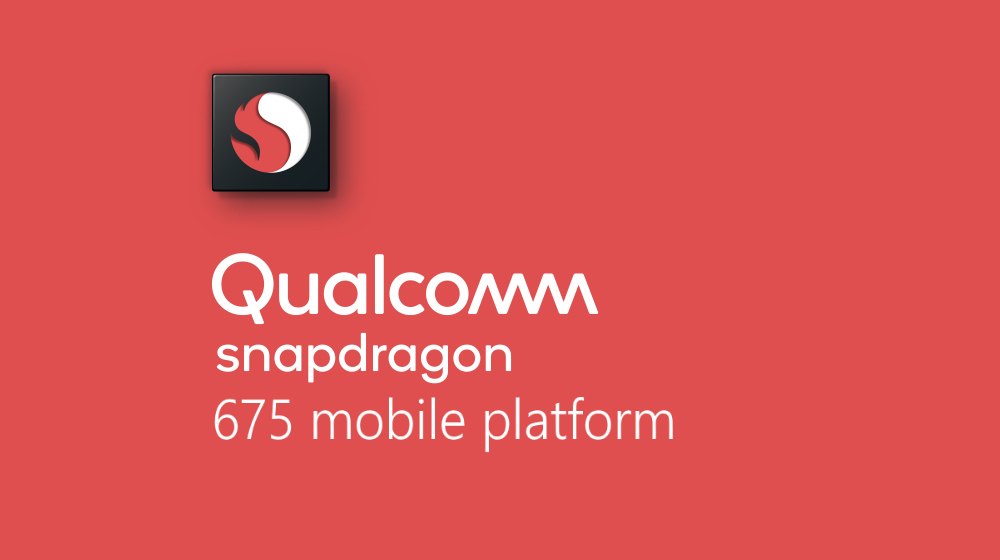 Qualcomm finally took the wraps off of their new midrange chipset called Snapdragon 675.

It’s an 11nm chipset designed especially to improve gaming and imaging performance in midrange phones and comes with improvements over the Snapdragon 670 (used in Vivo X23 and Oppo R17). 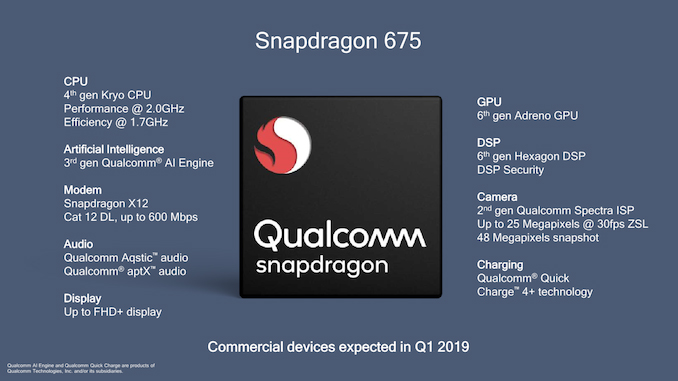 Much like the Snapdragon 710 – which is more towards the upper-midrange – this chipset has inherent AI features for photography and other system tasks. The new mobile platform also comes with an improved Adreno 61X GPU for better gaming, that also supports OpenGL ES 3.2, Open CL 2.0, Vulkan, and DirectX 12.

Moreover, Qualcomm is including some software features to further improve gaming performance by reducing lag and FPS drops by 90 percent. It will work similarly to Huawei’s GPU Turbo Technology.

Snapdragon 675 mobile platform has been designed to improve smartphone camera photography by working with multiple sensors at once. Smartphone manufacturers are designing more sophisticated cameras for their smartphones, by adding more than one sensors in one place.

These sensors work together to produce a single, more detailed image. Qualcomm’s new chipset will take account of two or three sensors in a smartphone, and use them collectively to add photography effects and even 3D face unlock. Snapdragon 675 also supports limitless HD slow-motion video recording as well as using DisplayPort via USB-C.

Just like scene detection and machine learning for photography, the chipset also learns and adapts to the user’s voice for videos. Additionally, it can also change system settings and processes to improve battery life.