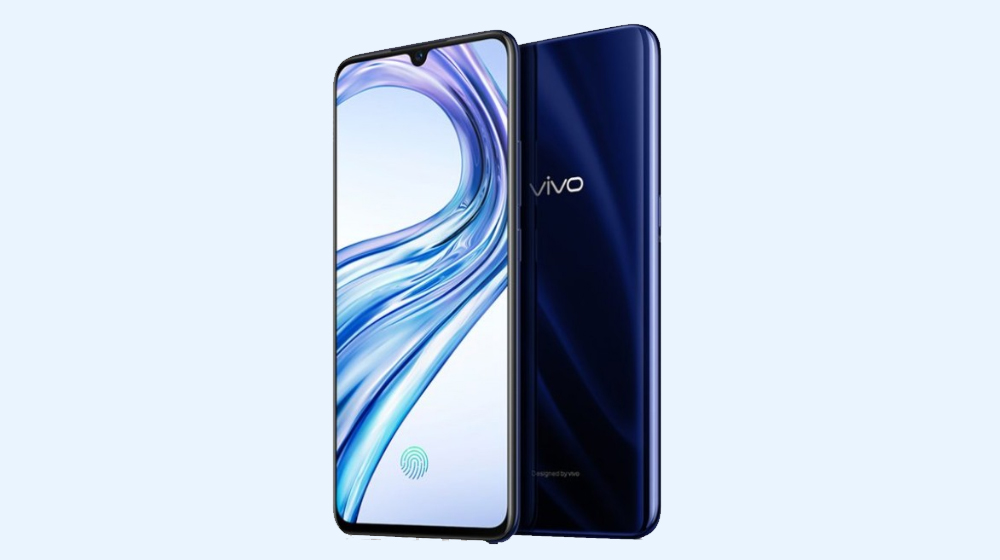 Vivo X23 is among the first few midrangers to come with an under-display fingerprint sensor.

Vivo is on a roll launching new Smartphones with under-display fingerprint sensors.

The company just unveiled another midrange smartphone, called Vivo X23, that has a giant 6.41-inch display, a front camera notch, and some decent internals.

The X23 has been made official in China, though there’s no word on when it’ll make its way to other countries. Anyway, let’s see what the new midranger has to offer.

Vivo is bringing the Essential phone aesthetic to its smartphones. Though it has improved the bottom chin this time and trimmed it even further for a bezel-less experience. Sure, it still has a notch but it only houses the front camera, and only takes up a tiny bit of space from the screen.

The X23 has an under-display fingerprint sensor – a feature, which has only been expected to come with top-tier flagships until now. It’s pretty neat, seeing how the company is making high-level tech available in non-flagship phones, and it even packed an IR scanner for facial recognition on the front.

The new midranger has a slightly more powerful chipset as compared to the V11 Pro, a Snapdragon 670 has been paired with an Adreno 615 GPU and a massive 8 GB RAM for (almost) flagship-tier performance. This processor might not be able to compete with the Snapdragon 800 series chipsets, like the 845 in the Oppo Find X, but it should suffice for most operations, including gaming. RAM size is more than adequate, an overkill really, for a smartphone falling in this bracket.

Samsung to Provide Foldable Displays to Xiaomi and Oppo

Storage size is impressive too, at 128 GB by default. And of course, you can expand it even further by up to 256 GB via microSD slot. This time, there’s no triple slot SIM tray so you might have to sacrifice a secondary SIM card for a microSD.

Moving on to the rear shooters, Vivo added dual cameras on the back, consisting of a 12 MP f/1.8 regular RGB sensor paired with an ultra-wide 13 MP f/2.4 camera. On the front, it has a bright 12 MP f/2.0 selfie camera. There’s no stabilization solution, so you might need a steady hand with this one. Of course, it also has a number of AI features that tweak camera settings based on the scene, ensuring fast, vibrant, and colorful images.

On the software end, the X23 will come with Android 8.1 Oreo out of the box, running Vivo’s Funtouch OS 4.5 skin. It has a number of proprietary features such as Dual Turbo Acceleration Engine for improved performance, and other software-based AI features for efficiency.

Battery size has been kept at 3400 mAh, which is decent enough for a phone with this display, and a moderate Snapdragon 670 SoC. Fast charging is available as well, though it goes through a microUSB 2.0 port instead of USB Type-C.