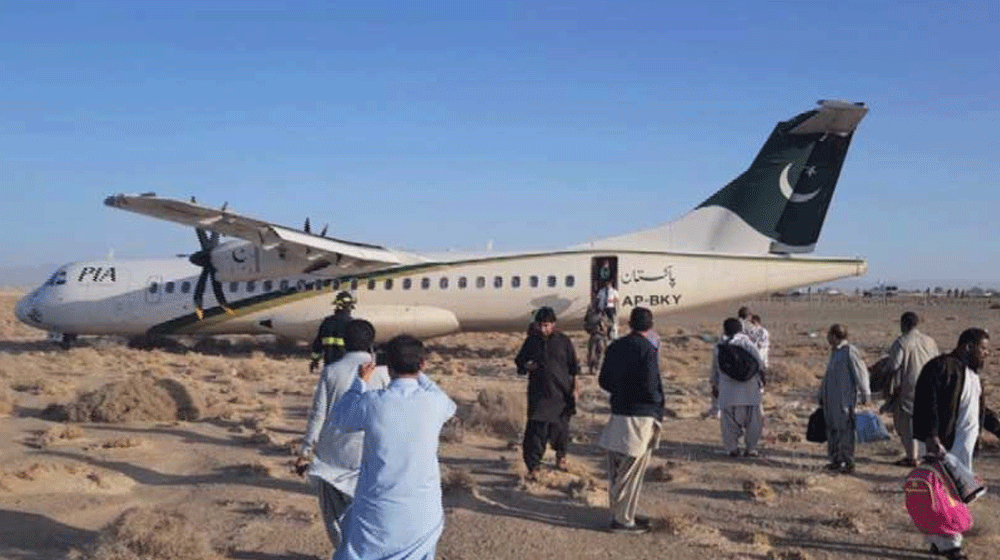 Despite necessary maintenance, Pakistan International Airlines (PIA) is struggling to get a clearance certificate for one of its ATR aircraft which was damaged recently.

The aircraft damaged during a landing at Panjur airport earlier this week, and as long as the plane is grounded, PIA flights to Baluchistan coastal cities will remain suspended.

PIA Source told ProPakistan that a the passenger plane escaped a catastrophic accident after it skidded off the runway while landing at Panjgur airport on 10th of November. 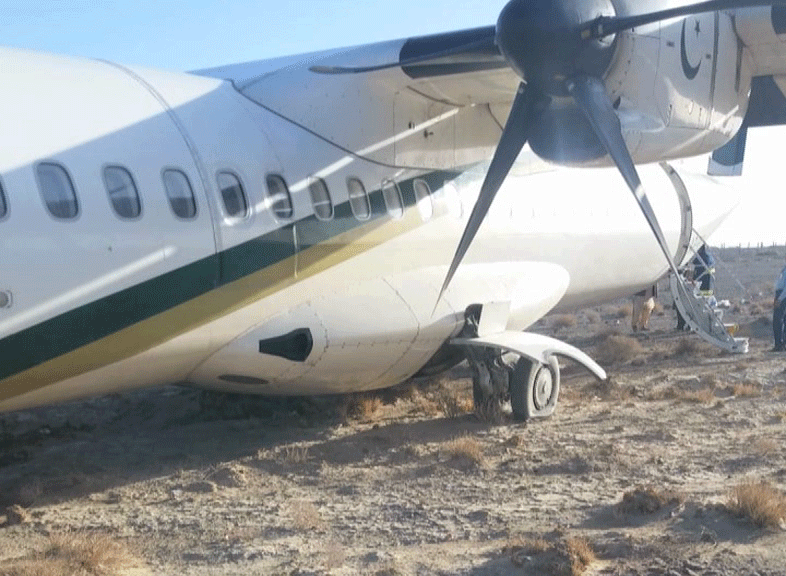 In this accident, ATR aircraft’s tires, landing gears and some parts of the body were damaged.

“PIA engineering team completed maintenance two days after the accident. According to them, the aircraft is ready to fly and waiting for a clearance certificate,” a source told.

PIA management sent pictures and necessary documents to the owner company which was supposed to provide a certificate for operations, but five days later, the matter is yet to be resolved.

Source told that this aircraft is used for the flights to the coastal belt of Balochistan. As the aircraft is out of operations airline is forced to cancel 5 flights on a daily basis which is not only hurting the finances of the company but also the passengers.