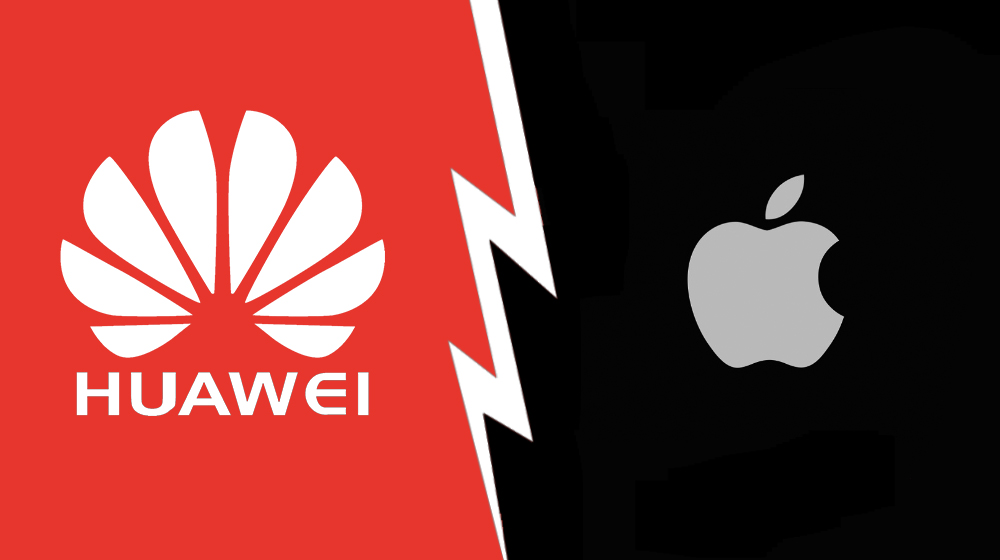 Huawei, on the last day of 2018, wished a happy new year to all of its customers and followers on social media, but decided to write the social media post using an iPhone – a phone made by the Chinese smartphone company’s archrival.

The post – written using an Apple iPhone – was promptly removed by the company, but it didn’t take long for its screenshots to spread across the web. The tweet read,

Happy #2019 from all of us at Huawei. Our resolution this new year is to give you more reasons to connect to those you care about. 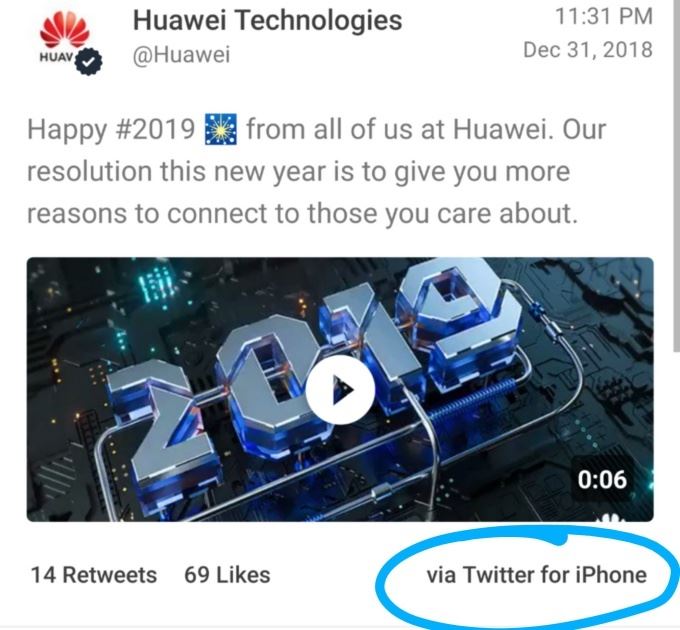 However, the Twitter message had a tiny “via Twitter for iPhone” notification next to it, that gave away which device was being used to write the message. And apparantly, the company also has employees that prefer using an Apple iPhone instead of a Huawei phone.

Before the post was deleted, well-known tech YouTuber MKBHD managed to score a screenshot, and it quickly made its way to different websites on the Internet.

This is not the first time a smartphone company’s employees or other key people like brand ambassadors have been spotted using a competitor’s device. Sometimes, such events can get a bit out of hand as well.

Brand ambassadors are usually well-known faces in a country or a region, mostly celebrities. They are paid by companies to showcase or just use their products in public, so as to advertise their products to a celebrity’s fans and followers.

Samsung, when it spotted its Russian brand ambassador using an iPhone on TV, it decided to take it to heart and sued her to claim millions in damages.

According to reports, some companies have been imposing fines on their employees for using products from other companies, and in a number of instances, have even confiscated such devices.