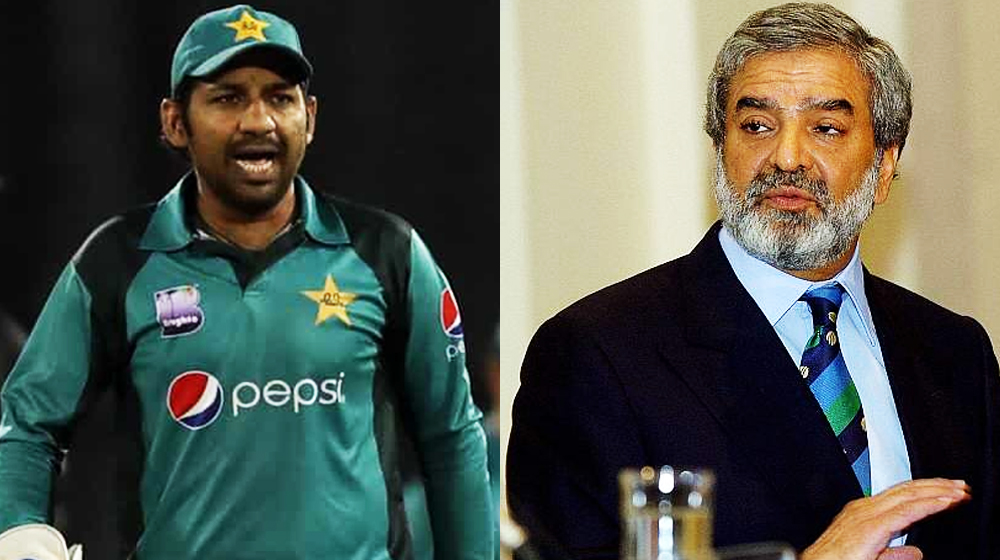 The chairman of Pakistan Cricket Board (PCB), Ehsan Mani has lashed out at the International Cricket Council (ICC) for mishandling Sarfraz Ahmed’s issue.

He brushed aside ICC’s decision to ban Pakistani skipper for four matches as an ‘utter nonsense’ and said that the governing body should not have charged following Sarfraz’s public apology.

The chairman PCB, in an exclusive interview with an international sports website, also questioned the timing of the ban which came moments before the start of the fourth ODI in an on-going series against South Africa.

The incident occurred on Sunday, and the punishment was made public not by the ICC but by Faf du Plessis at the toss for the fourth ODI on Sunday.

Mani argued that the ICC had no reason to intervene when the matter was sorted out by the two boards and subsequently the two players with mutual understanding.

“We made an apology at all levels, and everyone had accepted it. We have a good relationship with CSA. For the ICC to jump in because Phehlukwayo was upset and didn’t want a reconciliation process, [and to feel they] have to charge Sarfaraz, that’s where I think a bit of nonsense comes into this. What else can you achieve by sitting them in a room? They’re not school children.”

Mani opined that the international governing body was upset on the fact that its mediator was not involved in the reconciliation process and thus felt like to charge Pakistani captain.

PCB to Legally Pursue the Matter of Sarfaraz’s Sudden Suspension

Mani was equally appalled by the graveness of the matter and planned to speak to Sarfraz on team’s return.

“Obviously Sarfraz will be spoken to. The whole team will be told that you have to be very careful. It is also a bit of a cultural issue – the word that he used, in Pakistan, it would be ignored. That doesn’t mean the culture is right, but the tone wasn’t in any way vicious or vindictive.”

The controversy has put a question mark on Sarfraz’s carrier as captain and speculations of a change are already in the air.

When asked about the issue, Mani said it was too soon to think about it as Pakistan’s next series was two months later.